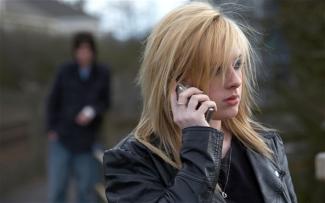 Stalking has been a criminal offence in the UK since November 2012. But one year later, victims feel let down by the law introduced to protect them. Two KU students tell of the frightening memories of always being watched.

After having been stalked for more than two years, Amanda would rather have someone attack her on the street and beat her up than have to go through it again.

“That would hurt a lot then and there, but at least it wouldn’t last for very long,” she says. “Having a stalker is a different kind of pain, and trust me, it is worse.”

Amanda’s stalker became obsessed with her after seeing a picture of her modelling (fully dressed) on Facebook. He phoned her mother and, pretending to be a photographer, asked if he could take pictures of Amanda.

Her mother said no and the man, who pretended to be working for a private company. He started following Amanda around and sneak-photographing her.

“I remember the first time I noticed him stalking me,” she said. “My mum and I were having lunch at a shopping centre and from where I sat I had a view straight up to the upper levels. After a while I got the feeling that someone was watching me.

“You know when you can just feel it? It was like that. And when I looked up I saw him taking photos of me. I didn’t know who he was, but I got an odd feeling that something was wrong.”

When asked how she remembered herself from that period she recalls a nervous blond-haired girl who jumped at every little noise, always looked over her shoulder and struggled to sleep at night.

“I could sit at a cafeteria with a friend and all of a sudden he would stand right behind me,” she says trembling. “While this was going on I couldn’t concentrate on enjoying time with my friends because I was always looking out for him.”

After finishing school, Amanda moved to Kingston to start a new life away from her stalker. She explains that he gradually stopped following her after two years, but that living in the same city as him made it hard to move on.

The KU student is one of 120,000 people who are affected by stalking yearly in the UK, according to statistics.

In November 2012 the British government passed a law that made stalking a criminal offence in England and Wales, but on the anniversary of the new law, only six people have been jailed and 189 have been charged.

Amanda asked police for advice, but all he could do was give her general tips such as “don’t walk home alone” and “don’t put pictures on Facebook”.

After this, Amanda gave up asking for help.

Paladin, a charity fighting to raise awareness of stalking as a criminal offence, has identified police training as one of the main issues when dealing with stalking. A freedom of information request by the charity showed that only one in four police officers had not received sufficient training.

A cold breeze passes through the café where we are sitting, but that is not the main reason for Amanda’s shivers. She looks out on the rainy, grey weather outside and tries to find the right words. “I can’t explain it, but the constant fear is so much worse than physical violence,” she says after a pause.

She adds: “The feeling of being constantly watched is what scared me the most, and what I am still struggling with.

“Even today I am terrified of being home alone. When this was going on, I never slept by myself and I always had friends or family with me. Even having my four dogs with me was better than being alone.”

“Unlike other crimes there is no typical victim profile and a stalker will often choose based on their preferences – it’s a focused offence,” said Hamerton.

Ray Donelan, who works for the national charity Protection Against Stalking, explained stalking as “life-changing”.

He said: “It is intimidating and can often result in loss of jobs and relationships, the victim to move home, fear and sometimes even death to the victim.

“The Criminal Justice System has, time and time again failed to identify, assess and manage the risk due to a lack of understanding and training, and they don’t appreciate how frightening it is when it is happening to you. The absence of violence does not make it any less dangerous.”

"Under a magnifying glass"

Amanda is not the only victim of this offence. Lisa, a 20-year-old KU student, was 13 when she first noticed that someone was following her to and from school every day.

The next three years is a blur of fear to Lisa, but she remembers the feeling of constantly being “under a magnifying glass” and the daunting terror of seeing him through her school window as he waited at her bus stop every day.

As with Amanda, Lisa is left with a fear that never fades.

“It is horrifying just to know that they are following you, but to see it in action day after day it is completely exhausting,” she explains.

“I managed to tell my parents and my best friend after two years of being constantly stalked. I was terrified all the time.”

In Lisa’s case the police got involved after she told her parents and one day, a day Lisa says she will never forget, the man who had followed her was caught and later charged with stalking and harassment.

Lisa and Amanda are far away from their stalkers and both doing fine now. But behind the facade of the two ordinary KU student’s lives there will always be an anxiety that is not easily surpassed.

“Even after the stalking ended I am very aware of people walking behind me,” says Amanda. “I always look around and I have two rape alarms on me all the time. I think I will always be this paranoid.”