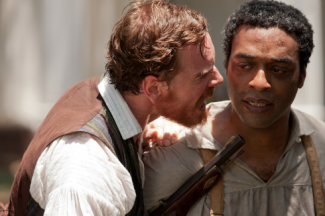 British director Steve McQueen’s third film has taken the moving tale of Solomon’s struggles and brought it to life with a perfect cast and this year’s most emotionally charged cinematography.

Based on a true story, 12 Years a Slave follows Solomon Northup (Chiwetel Ejiofor), an African-American violin player who was born a free man, living a fortunate life with his family in New York in the 1840s.

Northup receives an offer from two white men to play his at a circus, and decides to accept it, travelling to Washington to have dinner with the two. 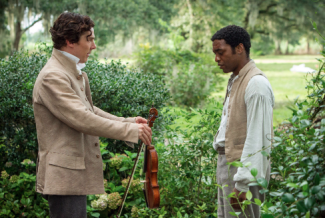 The dinner, which Solomon misinterprets as a gesture of acceptance, turns out to be a cover for something far more sinister, and as Solomon wakes up the next day in chains, he realises the inevitable truth: he has been sold into slavery.

From a slow walk through a cotton field to a close-up of a slave’s freshly whipped back, McQueen focuses on a steady stream of powerful images to move his audience. 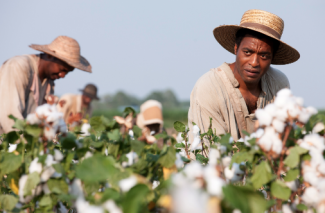 A particularly heartbreaking scene – in which Solomon hangs from a tree with a noose around his neck, his feet barely touching the ground, while other slaves walk past in the background ignoring him – is one of the most haunting images cinema has seen in the past few years.

Watching Ejiofor struggle to stabilise himself throughout this lengthy scene acts as a potent symbol of a slave’s constant struggle – hanging halfway between death and survival – and one of many powerful scenes McQueen has used to express a slave’s daily struggles. McQueen uses a slow pace and lingering images to guide viewers through the story, constantly playing on our heartstrings. 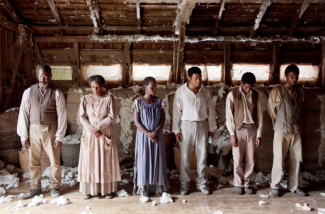 Ejiofor’s portrayal of Solomon is incredibly moving, and despite numerous award nominations in his past, 12 Years A Slave has finally given him a role worthy of his talent.

But it is Michael Fassbender’s performance as a sadist "nigger breaker" that really stands out, resembling that of Leonardo DiCaprio’s portrayal of a slave owner in Django Unchained.

McQueen lets the images speak for themselves, and unlike other directors of historical dramas, resists the urge to include inspirational speeches, large crescendos and promises of revenge. It never feels like the film wants to lecture you. Rather, it shows you an honest picture of the events that took place.

With seven Golden Globe nominations, it is easy to predict that McQueen’s masterpiece will lead the Oscar race this year. And rightfully so – 12 Years a Slave is a haunting and powerful history lesson, told through McQueen’s poetic imagery and impeccable cast performances.