Activist group BLMKinsgton who were responsible for the Black Lives Matter protest in Kingston last year, organised the march to demonstrate against the Police and Crime Bill and a vigil for Sarah Everard.

The Police and Crime Bill gives police the ability to impose a start and finish time of a protest, set noise limits and criminalise protesters who “ought” to have known of any restrictions put in place by the police, this is without any warning.

Metropolitan Police Events urged people not to go to protests due to Covid-19 restrictions. Kingston Police also tweeted: “If you attend a gathering that breaches Regulations, you may be committing an offence.”

Due to this tweet and a similar Facebook post, the turnout to the protest was less than expected but still, police officers turned up in full force. The ratio of police to people attending was enough to arrest everyone there and more.

The organisers say the presence was disproportionate and intimidating, with one saying “I’m scared by the police because there’s way too many here for the number of people that are here. And the pandemic, which has killed hundreds of people across the world, is being used as a scapegoat for that. This has nothing to do with corona.”

The protesters gathered at Barclays Bank and chanted statements such as “Kill the bill”, “Black Lives Matter”, “Whose streets? Our streets” and “Police the police” as they marched from the bank to Fairfield. 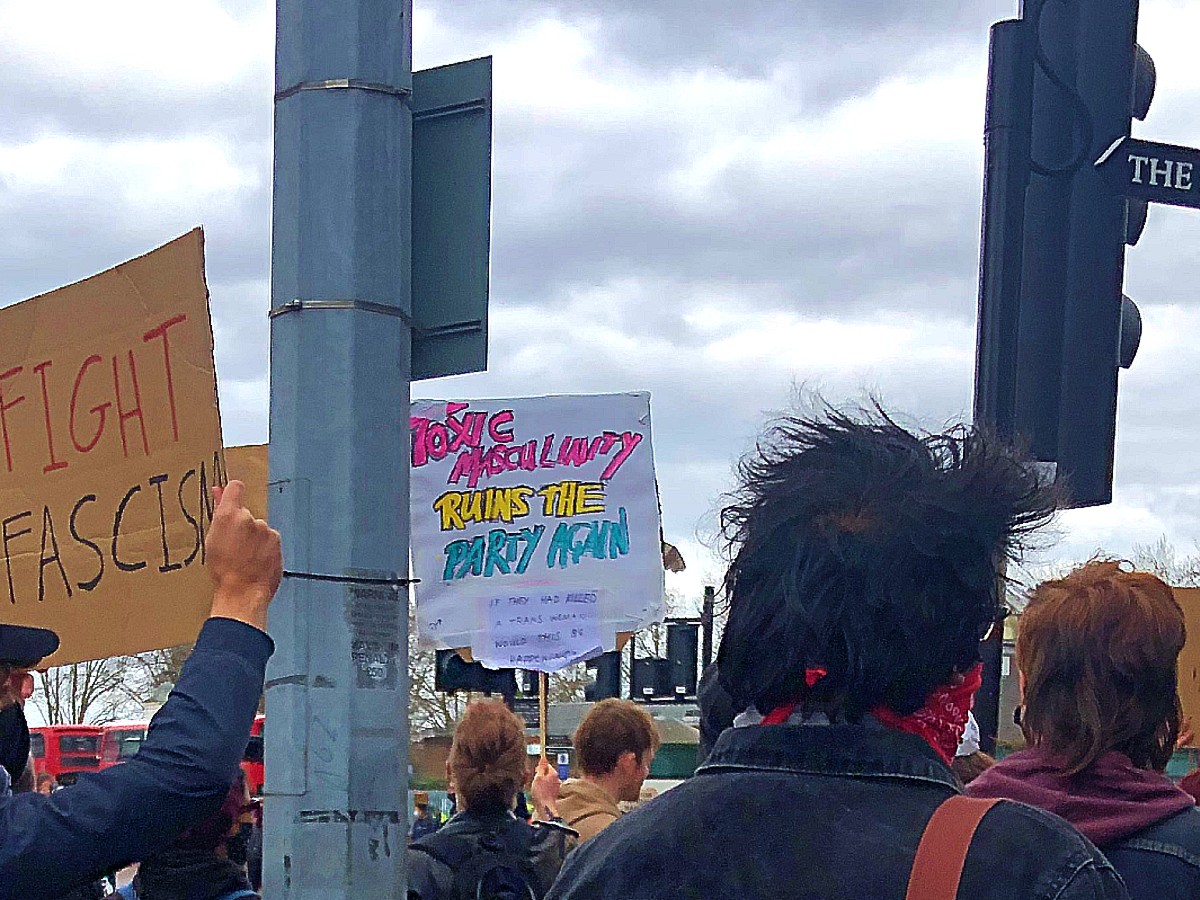 The group settled peacefully, sitting socially distanced in the park where a member of the activist group Extinction Rebellion had set up speakers.

The organisers welcomed victims of harassment, abuse, police misconduct and people protesting against the Police and Crime bill to speak about their experiences. Some described graphic and traumatic accounts as they spoke.

A student at the protest said: “Today’s protest was beautiful and peaceful, and the only problem was the police’s attempts to intimidate and silence us.”

They continued, “Everyone was sitting down and listening to the speakers. They are trying to silence us and push through a bill that will ultimately take away our right to protest. It will silence us, more than we already are.”

When the protesters sat down to the end of the protest, the police surrounded them and asked them to leave, threatening to fine them for breaking Covid-19 restrictions.

The protest and vigil were originally scheduled to last until five in the evening, but police pulled aside the event organisers and told them they could no longer use the speakers in the park.

This happened two hours before the event was supposed to end.

The Metropolitan Police force’s behaviour has been under scrutiny since the killing of Sarah Everard. Arresting women attending vigils and intimidating attendees of peaceful protests has brought calls for accountability – well overdue and rightfully demanded.