Politics students at Kingston University have experienced disruptive changes to their studies, after the department was merged and undergraduate courses suspended for future study.

Level six students returned to campus in September to find that five of their lecturers had taken voluntary redundancies, and some were temporarily left without dissertation supervisors.

“Many lecturers who offered different, inclusive, varied and interesting topics have already been removed from the syllabus,” she said.

Students were informed when they returned to study that they had lost four politics staff members, who took voluntary severance, and should expect to lose more in the next few years.

The River reported in March about the decision to suspend undergraduate recruitment in Politics, International Relations and Human Rights, which was made by senior management and announced officially in August 2021.

“This decision was taken as a result of the rapidly changing and increasingly challenging higher education climate within which the University must operate and because of diminishing applicant numbers in this area,” a spokesperson for the University said.

A Freedom of Information (FOI) Request made in March revealed that overall enrolment for 2021/22 within the Department remained almost the same, with the intake for 2020/21 being 51 students compared to 55 the year before.

The FOI did also reveal a significant difference between the number of students who applied for undergraduate courses compared to those who enrolled.

In 2020/21, 134 people applied for Politics and International Relations, while only 19 enrolled.

“There are more students out there to recruit,”

Member of staff that wishes to remain anonymous

“Even if our recruitment had remained steady, there are more students out there to recruit, so logically it would have grown,” they said.

Despite this, Politics at Kingston University has leapt up the Guardian league table for UK universities, leaping to 17th place in 2022 compared to 61st in 2021, placing it in the top quartile nationwide for the subject.

The University College Union (UCU) argue on their website that record increases in the number of UCAS applications for this academic year show how important it is that “universities match increased student numbers with increased investment in staff”.

Both staff and students have expressed the importance of universities like Kingston being able to offer subjects like politics.

The staff member also said: “Kingston has a higher proportion of BAME students, students from working class backgrounds and students who are the first within their families to go to university. We obviously think it is important that these kinds of students get to study politics.”

Students at KU tried to fight the changes to the department, by forming a group called Save KU Politics and setting up a petition to try to stop the closure of the department, which gathered over 1,700 signatures.

Emily Hill, a final-year human rights and social justice student who set up the petition said: “Despite our very best efforts, it has become clear that those with the power to change things don’t particularly want to hear what we have to say.

“I think our focus needs to be on existing students and ensuring that any promises and reassurances we were given by senior management, are upheld.”

Changes to the department are still ongoing, and it is forecast that there will only be two full-time staff members teaching politics-based degrees by 2023/24, one staff member said.

Reflecting on the prospect of further loss of staff, García said: “I am extremely appalled that our university would ever be okay with letting such brilliant, committed and understanding human beings go.”

These changes are a part of a wider restructuring plan taking place at KU.

Alongside Politics, KU have also officially closed the History Department, after temporarily suspending both undergraduate and postgraduate study by 2019.

A member of the UCU, who wished to remain anonymous, said: It seems that senior management aspire to KU being an ‘applied’ university or a ‘technical’ university which explicitly trains students for specific areas of employment.

“Not delivering foreign language courses, geology, history or politics means KU runs the risk of not being a university in the traditional sense.”

A petition was also set up by @SaveKingstonUni on Twitter, which has gathered over 700 signatures, but since then there have been cuts in Media and Communications, and Film Studies.

A KU Spokesperson said: “[The University] is confident the changes it is making will ensure it is in the best position possible to address the swiftly evolving higher education environment, while meeting the needs of both students and the professional sectors in which they will go on to work.”

According to a statement on the Kingston University Branch of the UCU website, staff at KU have been sent details of a document called KU22+, KU’s “strategic plan for 2022/23 and beyond” pointing further cuts will be made at the University.

In the statement they said that they are seeking “urgent clarification” on what ‘eliminate’ means for courses at the University. 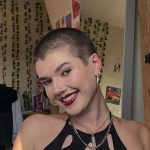