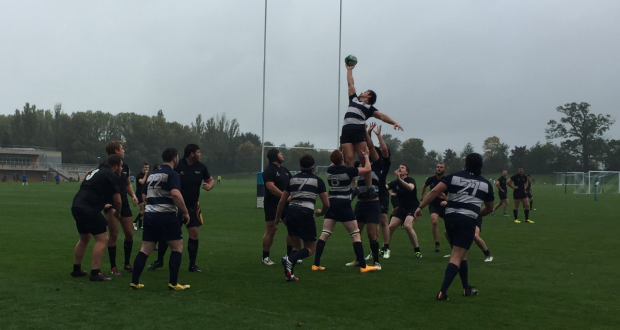 Kingston men’s 1st Rugby team performed as a solid unit on Wednesday against Roehampton University, winning 31-10 to kick off the pre-season friendlies.

Playing against the backdrop of a drizzly humid day, the Cougars outperformed a sloppy Roehampton, showcasing to be a real versatile team of attackers and defenders.

Kingston was set to win from the start, touching-down 2 tries within 20 minutes with both an inspiring team and solo play. They capitalised on Roehampton’s textbook errors, making them look like big lads with little talent.

The captain of the mens 1st Rugby team, Lewis Tucker, said:  “having going into the game knowing that Roehampton got relegated from the league above last year, and unfortunately we didn’t get our promotion we wanted to prove a point.

“The score line I feel reflects on how we want to go forth this year as we finished the last with lots of points on the board, last year we finished the league with over 150 points difference to any other team, so we want to carry on with that this upcoming season.”

It was only after fresher Ben Brown scored his second try with a superb solo run did Roehampton manage to squeeze in a try themelves, deemed as controversial amongst fans due to the Cougar reaping the ball off the player before the try-line.

In the first half Kingston looked strong: a united team which contrasted against Roehampton’s lack of discipline. 20 minutes in Roehampton had shaped up, pushing the Cougars into their 22 but not capitalising on chances, forcing them to retreat further back up the field.

Thereafter, this play continued for the majority of the final third of the first half, displaying uncolourful play from both sides. 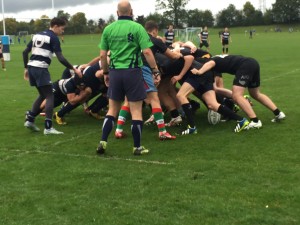 In the second half, Roehampton looked hungry for a strong comeback as again sticking their feet in Kingston’s  10, but with great tactical play and a strong attack from No. 22, the Cougars scored another try making it 26-5.

A haunting performance as well for no 11 Jeffrey as he sped down the wing side-stepping to players, to reach the try-line to only slip and let go of the ball, causing the referee to deny him the try.

Captain Tucker said: “Over all I was impressed with a lot of individuals and I’m glad the boys stepped up to prove there place in the team.

“now we need to get back to where we need to be to win this league, and I feel with the squad we have this year we have no problem in winning this league and the cup!”