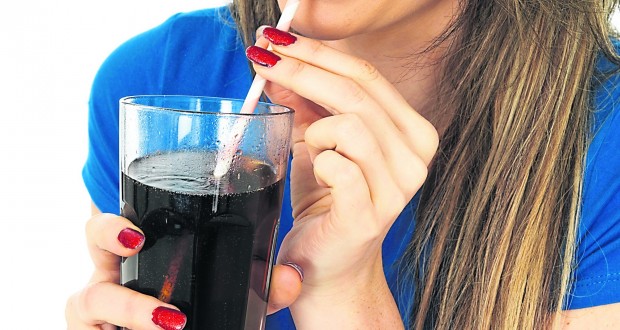 Health experts have warned KU students that they face long term health risks after a survey revealed that the average student is drinking more than five cans of fizzy drinks every week.
The River found that female students are 15 times more likely to drink fizzy drinks than their male counterparts, as opposed to drinking water. In addition, over 50 per cent of students are drinking over 60 tablespoons of sugar every week, research found.

Senior lecturer of nutrition at Kingston University, Hilda Mulrooney, said: “Too much sugar, especially in simple forms like sugar in drinks, is bad for our teeth. We need to halve our intakes of sugars added to food and drink, because within the UK current intakes of sugars are too high.

“The fact that many drinks are carbonated and therefore acidic means that even if they do not contain sugar, they may still be harmful to teeth – the acidity causes acid erosion of the teeth surface.”
Our survey found that students’ drinks of choice were Coca-Cola (39 per cent), Diet Coke (28 per cent) and lemonade (24 per cent), with the majority of students preferring bottles to cans.

A Harvard study has revealed that two servings a day of fizzy sugary drinks can lead to:

A spokesperson for Elior, which runs catering services across the University, said: “The catering team works hard to provide all Kingston University students, staff and visitors with a variety of food and drink choices aimed at helping them lead healthier lifestyles.

“Elior has reduced the prices of fruit and water products so they are lower than other items, such as canned soft drinks, to give customers an extra incentive to purchase healthier alternatives. We also run promotions throughout the year to raise awareness about the importance of people managing their sugar and
salt consumption.”

In March 2015, the World Health Organisation (WHO) issued a statement calling all children and adults to cut their sugar intake by half. Evidence revealed that sugars in everyday food and drink are “hidden”, and are not seen as natural sweeteners. Research also found “reduced intake of free sugars was associated with a decrease body weight.”

Director of WHO’s Department of Nutrition for Health and Development, Dr Francesco Branca, said: “We have evidence that keeping intake of free sugars to less than 10% of total energy intake reduces the risk of obesity and tooth decay.”

Last year, 14.8 billion litres of soft drinks were consumed in the UK, and the UK soft drinks industry is worth £15.7 billion.