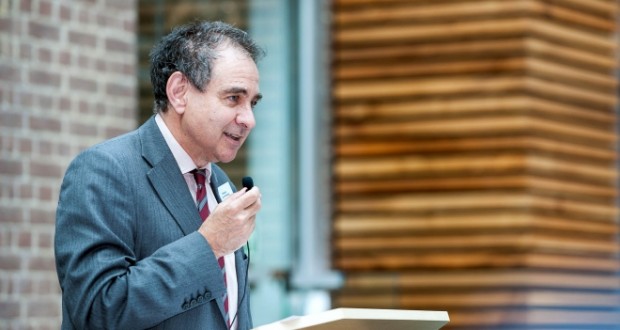 The Vice Chancellor has hit back at new Government legislation to combat extremism on campuses after KU was slammed for giving extremist ‘hate’ speakers a platform to speak.

The Prevent duty, which came into force last month, encourages universities to put policies in place to “stop extremists radicalising students, to tackle gender segregation at events and to support students vulnerable to extremists”.

Mr Cameron claimed that there had been 70 university events involving ‘hate’ speakers in 2014, with Kingston among those named as hosting among the most, along with Queen Mary University, King’s College and SOAS.

This week the University had been set to defy the order after an individual who has spoken at a Union society event in the past but who it was understood had caused concern to the Home Office, was approved to speak again this semester. However, the speaker has since had to pull out of the engagement.

KU Vice Chancellor, Professor Julius Weinberg, said in a newsletter to staff: “The Prime Minister was wrong on a number of grounds. Whatever the individual speakers may have said in the past, at Kingston they did not break the law and they adhered to our guidelines.

“I think he is also wrong in a policy which threatens to drive ideas underground rather than open them to challenge.

“Our students have shown that they can challenge views in a thoughtful and courteous way within an atmosphere of tolerance and community. The danger of banning is that the speakers will still speak, but in a place where there is no challenge, and the threat of extremism will grow, not diminish.”

Security officials fear that young people will be radicalised and will travel and join Islamic state Jihadists and other extremist groups.

The legislation has been criticised, as there is a fear that it will oppress freedom of speech on campuses. However, other campaigners have said it is right that extremist speakers should be restrained – particularly when hundreds of young Muslims have been radicalised and travelled to Syria to fight with terror groups such as Islamic State.

Director of campaign group Student Rights Rupert Sutton said: “Our work shows that extremism on university campuses remains a serious issue, and as such it is important institutions engage with the Prevent strategy, which seeks to provide staff with the guidance and training needed to help identify students who might be vulnerable to radicalisation.

“Rather than understanding, Prevent is about safeguarding vulnerable people. Too often the narrative spread about the strategy repeats false or misleading claims made by extremist groups who oppose it and are trying to undermine it.”

Benjamin Jones from the National Secular Society said: “Free speech should be protected if guest speakers are not inciting violence; but many Islamist speakers who have addressed UK universities in recent years have walked this line very finely.

“Too often universities have been giving a free pass to Islamist speakers who come extremely close to inciting violence, while enforcing ‘no-platform’ policies against secularists, feminists and others under the entirely false guise of protecting campus safety.

“It is right that religious extremism on campus is tackled and the hysteria from academia and universities about Prevent being a threat to freedom of speech would be much more credible if they spoke out to defend free expression when it is genuinely threatened by wholly inappropriate actions taken by Student Unions and others to censor everything from comedy shows to debates – often because they are deemed ‘offensive’ to religion.” 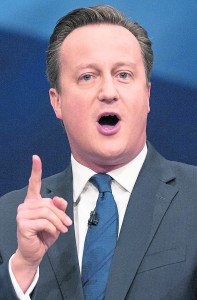 Mr Cameron said: “All public institutions have a role to play in rooting out and challenging extremism. It is not about oppressing free speech or stifling academic freedom, it is about making sure that radical views and ideas are not given the oxygen they need to flourish.”

A spokesperson for Kingston University said: “Kingston University and the Union of Kingston Students encourage opportunities for academic debate, but do not tolerate behaviour that might be construed as incitement to any form of hatred. We are proud to be a multi-cultural University where people from all backgrounds can come together to share their views and experiences.

“All speakers who attend events across any of our campuses must conform to the equality policies of the University and the Union, which include a joint values statement. Both the University and the Union reserve the right to deny access to a speaker, or to stop a talk, if an individual or organization refuses to comply with these requirements or breaches the values statement in any way.”

Kingston University claims to have only hosted two “controversial” speakers in 2014. Dr Haitham Al-Haddad and Dr Uthman Lateef addressed the Islamic Society on “how one needs to strike the balance between the worldly life and hereafter” and the “crisis in the Central African Republic” respectively. These speakers have been criticized by

Downing Street as having beliefs and views that do not comply with British values.

Dr Lateef said: “I was labelled a ‘hate’ preacher because in a talk I delivered in 2007, eight years ago, I made the comment ‘we hate homosexuality because Allah hates it’. This comment, selectively quoted, was in the context of being averse to all sins, because God detests sins.

“It is really quite sad since it is the only thing they use despite hundreds of talks I have delivered before and after that date in so many universities and other places. I am against all forms of extremism and my comment is not an extremist one, it is a reflection of the belief of millions upon millions of Muslims, and even Jews and Christians, that the act of homosexuality is detestable to God.”

Mr Cameron claimed that the new legislation does not aim to oppress freedom of speech but rather to make sure radical views and ideas do not flourish. The legislation encourages universities to challenge and debate controversial subjects and extremist views.

The Prevent Duty guidance requires universities to implement proper assessments of invited speakers, ensure that they have appropriate IT policies and student welfare programmes to recognize and respond to signs of radicalization.

The Islamic Society and Kingston University Student Union were unavailable for comment.