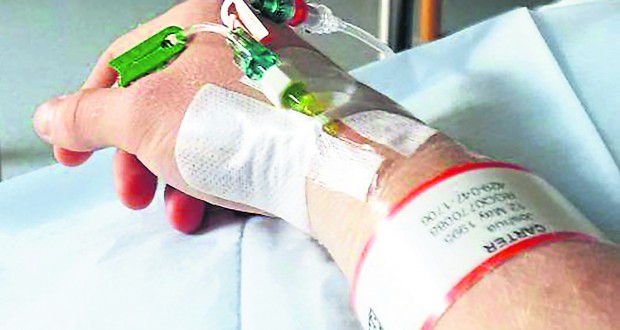 ‘I felt drained, sick, I couldn’t concentrate, my brain felt foggy and I didn’t feel in control of my body at all’

A recent study by the Teenage Cancer Trust revealed that cancer is the leading cause of death from disease in young people in Britain and that as many as one out of three are diagnosed in the A&E. Ida Åkerstedt reports.

While his friends were trying to balance essays and alcohol, Josh Carter, 20, was faced with an illness that forced him to put his whole life on hold.

At the end of his second year of studying sports analysis at Kingston University, Josh went for a routine visit to the university doctors. He had noticed some unusual swelling in his private parts, but had not really given it much thought.

Josh went for the check-up and after a week he received the worst news imaginable; he had a germ cell version of testicular cancer. 2,500 people aged 13 to 24 are diagnosed with cancer every year and Josh was one of them.

He needed to undergo an operation straight away to remove one of his testicles to find out if it was cancerous.

Josh says: “The weight of the situation did not hit me immediately.

“I called my mum and dad to tell them the news, and I told my girlfriend later that night. I also told close friends in the coming days, but because there was a chance that it wasn’t cancer I didn’t tell too many people.

“Both my parents were shocked, but none of us accepted the gravity of the situation.”

While most second year students usually stress over final exams or summer internships at the end of the term, Josh had to put his degree and summer plans on hold. He missed his exams and was unable to finish his second year.

On April 15, Josh had the operation to remove his testicle. A couple of weeks later he was told that it was indeed cancerous. The doctors did scans to determine whether the cancer had spread to the vascular system and the lymph nodes behind his abdominal. 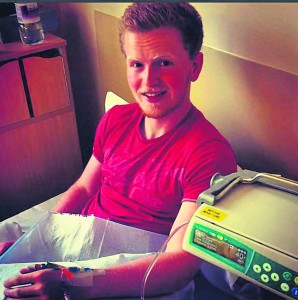 And unfortunately, Josh was in for more bad news. The cancer had spread and he was now required to go through three courses of BEP chemotherapy, a combination chemotherapy treatment used to treat testicular cancer and a rare type of ovarian cancer.

“By this time, things were beginning to sink in,” says Josh. “The cancer had not made me ill in any way, and I had absolutely no pain from it. Until the chemo began it was no different to normal life.”

The three BEP chemotherapy courses lasted for four weeks, which meant the whole treatment took three months. On June 8 he went in for his first session.

“The first week of each cycle was horrendous. I felt drained, sick, I couldn’t concentrate, my brain felt foggy and I didn’t feel in control of my body at all,” says Josh.

Before the cancer, fitness was a huge part of Josh’s life, but now the treatment was taking over. Before it all began Josh played for the Kingston University football team and was training for a national powerlifting record.

Josh found it demoralising to not be able to work out during his illness, and has not lifted a weight for almost four months.

However, Josh managed to stay positive throughout the chemo with help from loving people around him. He says: “With every cloud comes a silver lining; after the chemical wore off from the first week, I would get two pretty good weeks which I tried to fill with as many activities as possible. I played tennis tournaments and went to the beach.

“My girlfriend stayed with me the whole time I was in chemotherapy and she was incredible at boosting my spirits when I felt down or too ill. My parents were constantly trying to make life easier… all this contributed to finding the overall situation fairly easy.”

Josh and his girlfriend Marthe Helene Solberg, a third year sports analysis student at Kingston University, got together only two months before he was diagnosed. 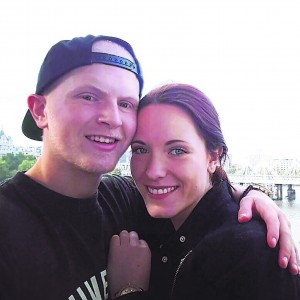 Marthe says: “Although we have been dealing with cancer for most of our relationship, it has definitely brought us closer than ever.”

They got to know each other as they were in the same course and Marthe, originally from Norway, found the news of Josh’s cancer very difficult at first.

Marthe says: “I felt lost. My life was put on hold… I spent less time in Norway over the summer just so that I could help him while he was in chemotherapy.

“But he doesn’t owe me anything, not at all. Kingston feels very lonely without him.”

Josh was surrounded with loved ones and support and he said he did not feel like people treated him differently. Still he was very self-conscious about losing his hair and would not leave the house, even for a run, without a hat or hoodie pulled over his head.

Around 84 per cent of young people survive, and Josh was one of them. The chemotherapy was successful in addition to giving Josh a real wake-up call. He realised that he took life for granted.

Furthermore Josh urges others to get checked regularly and advice cancer patients to stay positive. 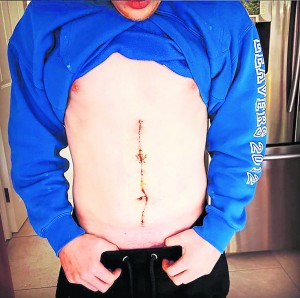 Josh says: “There will always be someone going through a similar situation much worse than you are, and this always made me feel better about my situation in a weird way. It made it easier to deal with things at least.

“Going to the GP takes an hour. I think those extra couple of weeks I waited to get it checked made the difference between the cancer spreading or not.”

Josh plans on working until next summer when he will take his second year exams before going into his third and final year at Kingston University. He has to get checked every two months to make sure that the cancer has not returned.