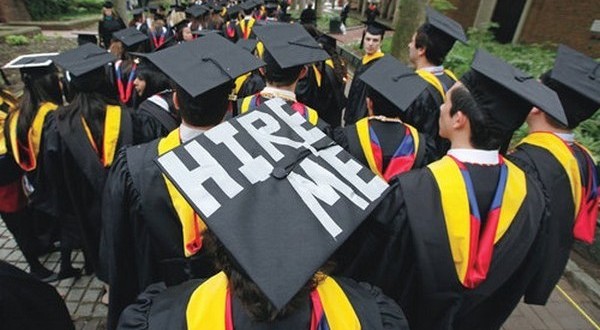 Written by Harriet King on November 2 2015

UK graduates are less likely to find a job in their chosen field compared to students from countries such as Columbia, India and Turkey, according to a new report.

The UK was ranked 11th out of 14 countries in the study of 8,000 graduates in the research carried out by technology company Instructure. It concluded that almost a third of UK graduates have not been able to find a job in their preferred profession.

The report also concluded students in the UK were “overly optimistic” about the finding the work they wanted, and that the experience they gained at university was not sufficient.

Colombia was top of the list at 85 per cent, followed by Denmark at 83 per cent and Norway, Turkey and India all at 79 per cent.  Only Japan, Brazil and Australia were ranked lower than the UK’s 68 per cent.

Former Kingston University student, Izaak Flanders, graduated last year with a degree in fine art. He said: “I am not at all shocked by the results of the study. I think the competition for jobs at graduate level in the UK is much higher due to the fact so many foreign students head to the UK and London for work and studies.

“My current job as an assistant consultant for Just Accountants has nothing to do with my degree. It is definitely who you know not what you know when it comes to employment. Kingston University as a whole is not particularly good at helping graduates, however my art tutor has stayed in touch with me and sent me a few job opportunities he thought would suit me. It is a very competitive industry – hundreds of graduates were prepared to take on unpaid internships and low paid roles, and I was not.”