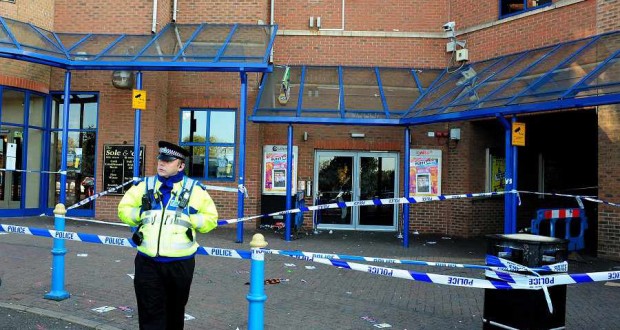 No consequences for nightclub where KU student was killed

Written by Lena Angvik on November 6 2015

A nightclub in Northampton where a KU student was killed in a human stampede in October 2011 will not be prosecuted for any criminal charges.

There were ‘chaotic scenes’ at the Lava and Ignite nightclub when people rushed to the cloakroom area to collect their things before coaches came to pick them up and take them home, an inquest has heard.

Two lives were claimed in the accident, among them KU psychology student Laurene-Danielle Jackson, 19, from Wembley, who died almost three weeks after the tragedy from traumatic crush asphyxia.

A Crown Prosecution Service (CPS) report determined last year that there would be no criminal charges brought against anyone following the incident.

Jackson’s mother Angela Ferdinand, 42, said: “Someone needs to be held accountable. Nothing that is said or done will bring our Danni back, but with the response of the CPS report it is as if our loved one died in vain.

“As a family we feel that there was evidently gross negligence.”

Police said that it was impossible to know how many people were in the club at the time of the deadly human stampede because the “clickers” used to count how many people pass through the doors were found reset to zero.

The incident happened as the nightclubbers moved from the dance floor to the cloakroom area when they were told by the club’s DJs that their coaches were waiting outside.

Assistant coroner Belinda Cheney said: “A lot of people ended up being jammed in the cloakroom area” with “a number of people converging on the staircase and getting stuck”.

An inquest has been opened to look into the deaths of Jackson and also the one of tourism and leisure student at the Northampton University Nabila Nanfuka, 22, who also died of traumatic crush asphyxia following the incident.

The jury was told that they were not determining any “question of criminal or civil liability”.

Assistant coroner Belinda Cheney told the jury: “This is not a public inquiry but an inquest is an inquiry into death. That involves looking at how these two women came by their deaths.”

The inquest is scheduled to last three weeks.