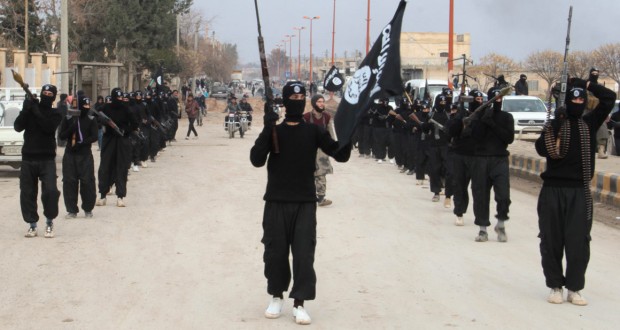 ISIS: behind the mask

Every day we see headlines such as these in the news, informing us of the grotesque techniques enforced by the self-proclaimed jihadist terror group ISIS.

But what do we actually know about them other than the graphic propaganda they inflict?

The Syrian civil war is one of the most complex conflicts in history. It has now been active for five years, and stemmed from anti-government protests causing a revolutionary insurgence, interrelating with the Arab spring, against Syrian president Bashar al-Assad’s regime.  The main military actors in Syria and Iraq are the free Syrian army, Hezbollah, Iranian Revolution Guards, Assad’s army, the Kurds, and jihadist groups including ISIS, Ahrar al-Sham and Jabhat al-Nusra. Foreign invention from countries such as Russia, the US, Iran, Saudi Arabia, Qatar, France and the UK back the different actors on ground in Syria.

The roots of ISIS can be traced back to 2003 when Abu Mosab Zarqawi, a militant Islamist from Jordan, took his Jihadist group from Afghanistan to confront the US forces in Iraq. A year later he pledged alliance with Osama bin Laden and renamed his group al-Qaeda in Iraq. In 2006, after Zarqawi was killed in airstrike, various forces merged and the Islamic State in Iraq was declared. Then in 2011, two significant events took place which affected the group: the Arab Spring in Syria that sparked the civil war and the withdrawal of the US forces from Iraq. They began to retaliate against Iraqi security forces and bombed governmental buildings. Syria fighters in Iraq were encouraged to go to Syria and form a new branch to fight Bashar al Assad’s Baathist government and Alawite minorities: now known as the Islamic State.

The Islamic State of Iraq and Syria (ISIS) has shocked the world by conquering massive territories and promising to create a new Muslim caliphate that enforces the Sharia law. They have tactically seized towns and cities near major supply routes, critical infrastructure and boarder crossings to access full control. When ISIS seizes an area, they keep select services on ground to continue operating and maintaining their fundamentalist vision. Their strict establishment is enforced through brutality, changing the lives of civilians as public spaces are walled off with heavy metal fences topped with the ISIS flag. Funded by million of dollars in oil revenue, ISIS is now one of the wealthiest terror groups in history.

In terms of the international war of Terror, it is argued that no country has made real progress in conquering the Islamic state. World leaders have pledged to confront the group, but as we can see from the Paris shootings, there is still an active conflict. President Obama described ISIS as a junior varsity basketball team – playing down the strategic threat posed by the ISIS, compared with Al Qaeda.  Vladimir Putin said in an interview with CNN discussing the Russian airstrikes: “we will search for them everywhere, wherever they are hiding. We will find them on any spot on the planet and we will punish them.”

The group has proved their universal impact through indoctrinating and recruiting westerners. It is thought there are currently around 31,000 fighters in Iraq and Syria and that 15,000 jihadists are foreign recruits. Fighters have joined ISIS from countries such as Australia, Russia, China, France, Germany, Turkey and Britain. The group has evidently taken advantage of the digital age and uprising of social media to recruit fighters, often contacting people through sites such as Twitter.

The difference between ISIS and other terrorist groups is their representation of inhumanness through graphic violence videos: the Jordanian pilot who was set on fire, the stoning of gay men, an alleged solider of the Syrian Arab army being run over by a tank, and many other videos of public executions.

We are left searching for expository answer to the intentions of ISIS. Are they really a threat to the western world in terms of terrorism or just a contributing military actor to the complexities of the Syrian conflict?