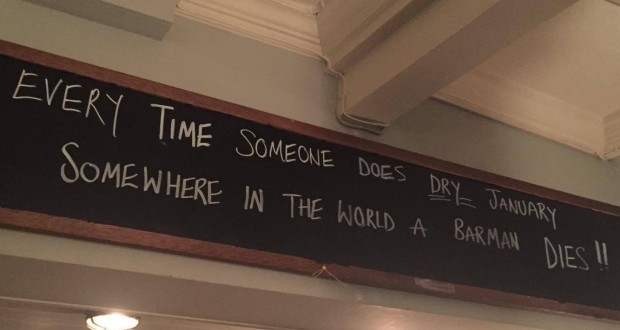 Written by Christine Younan on January 18 2016

Let’s face it, we all make the same New Year’s resolutions every year, whether it’s giving up alcohol or joining the gym – we’re full of them. But how many KU students welcome the new year with the good old “new year, new me” mantra?

Consuming booze is intrinsically part of the student experience, KU students definitely included. We know people jump at the chance to drink alcohol, be it socially, to relax in the evenings or to drown their sorrows. However, Dry January is the one opportunity of the year students can steer clear from drinking with a legit excuse, if, that is, they can resist peer pressure from friends – we know drinking water at your friend’s house party isn’t exactly cool. But bare in mind, while a month free of alcohol can make a real difference to a students wallet, detoxing can also help with weight loss, sleep, energy and clearer skin.

Dry January not only brings benefit to those seeking a break and detox from alcohol, but it actually helps those with a sinister addiction and makes a real impact to those harmed by the drug.

In this January alone, Alcohol Concern has raised over £15,793.84 and counting from people who have put a halt on their drinking habits. For students who wake up after a night out feeling groggy, guilty and grumpy, Dry January is the chance to ditch the hangover and reduce the waistline for 31 days.

Downing five jägerbombs to look cool in front of friends isn’t the only time students take to drinking – alcohol is also renowned for its abilities to relive the stress of deadlines and assignments. Vrushank Sharma, a third year medical biochemistry student said:”I know at university you end up drinking alcohol and with the stress of third year, I have to drink.”

However, the Kingston sporting team, the Cougars, and their drinking antics are the pinnacle of binge drinking. The Cougar’s monthly sport social, Cougar Chaos, makes it near on impossible for athletes to stay clean this month.  “I was going to detox, but the peer pressure got to me and I ended up having two pints the other weekend,” said Joe McAllister, a second year Geography student and a Kingston Cougar.

Although Cougars cheerleader Sophia Nasif-Whitestone is an exception, who is going sober for the whole of January to raise money for Cystic Fibrosis Trust. Her friend Ruana-Aimee Fletcher, who was also a member of the Cougars cheerleading squad, has been fighting cystic fibrosis all her life and it is affecting her life more every day.

Nasif-Whitestone is restricting herself from something she enjoys, because she is adamant to spread the message that students do not need alcohol to have a good time. “Some people let alcohol control their life, and let it change them as a person; I just want to be able to say that alcohol will not control me,” she said.

Many KU students have tried to detox, but as a student, turning down a cheeky pint at the SU bar is perhaps not as easy as it seems. “I wanted to detox but it’s hard not to drink because drinking is sociable and, if your friends are going out, you can’t just sit there and have water,” said Caroline Clavien, a second year drama student. 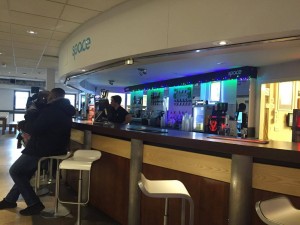 If the prospect of giving up drinking for 31 days seems too daunting, a two week effort is better than nothing and will guarantee benefits in abundance. “At first it was hard, I’ve been detoxing since the start. It’s quite hard but I’d recommend it to my friends,” said Mae Henderson, a third year international politics student is doing Dry January this month.

But, Dry January doesn’t mean sitting at home and staying glued to your assignments. Students can still go out and party without being under the influence of alcohol, although most students will argue it is boring to go out without alcohol.

A lot of KU students have respect for people who are detoxing this month. Katie Jefferies, a second year student working with children and young people said: “It’s fair play to anyone who is doing Dry January. New year, new me? Not with alcohol.”