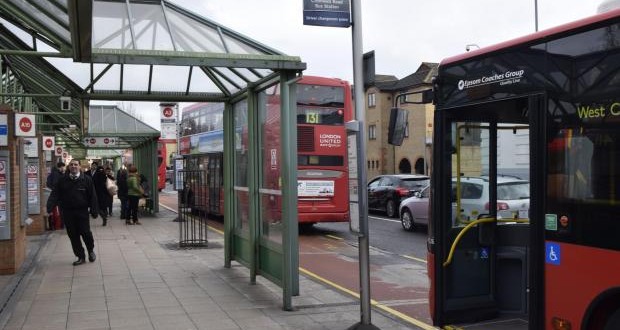 Kingston most polluted in South London

Written by Christine Younan on January 20 2016

Kingston Town Centre Street is considered to be one of the most polluted areas in south London which could have an effect on students at Kingston University.

Cromwell Road is an extremely busy street in Kingston, especially for students who catch the university buses there.

“I am very concerned that levels of air pollution are so high around Cromwell Road in Kingston,” said Zac Goldsmith, a London mayoral candidate.

Across London, poor air quality has resulted in approximately 9,500 deaths every year. Three quarters of main roads in London have illegal levels of air pollution; reports have shown that Kingston is 76 per cent over the legal limit.

KU students must be notified about the high amount of pollution that there is in Kingston as it could have an effect on their health.

Yvonne Sturrock, a third year environmental hazards and disaster management said: “Long exposure and or high elevated levels of air pollution can lead to serious conditions that can affect the inflammatory and respiratory systems.”

Areas of pollution that are particularly concerning are on the A3 towards Tolworth. Kingston Council is trying to regulate the amount of traffic around Tolworth roundabout, which could reduce the pollution.

Students who commute to Kingston each day and live in Putney must also be aware of the pollution as it can affect their health.

Tooting Labour MP Mr Khan said: “The air on Putney High Street is basically breaking the law. It is in breach of the legal limits, more than three times what it should be and that is killing people and making people sick.”

A Kingston Council consultation on air pollution closed this month and the report into how the borough will tackle the problem is due out in March.

The air pollution on Cromwell Road can only be resolved by making the buses in the highly congested area environmentally friendly.

“What we need to do is make sure that our buses are hybrid and partly electrical, and not churning out poisonous diesel,” Mr Khan said.