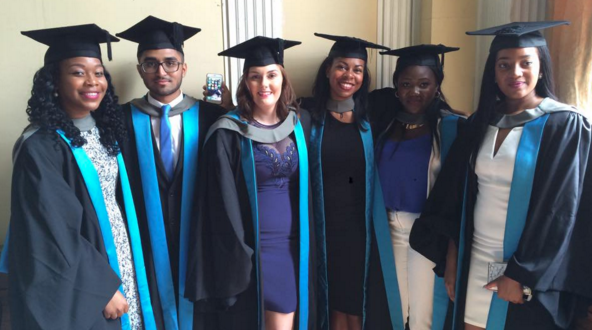 Kingston University is working to close the gap between white and ethnic minority graduates as figures
reveal black and ethnic minority students are less likely get high degrees and to be employed.
KU black and minority ethnic (BME) women are 4.5 per cent less likely to be employed or in further education within six months of graduating compared to their white counterparts, while the gap between white and black minority ethnic men is 7.7 per cent.

Kingston’s BME graduates earn an average of £2,946 less than their white peers.
Vice Chancellor, Professor Julius Weinberg said: “At Kingston University we are determined to address this gap and are holding ourselves to account by making the gap a board-level key performance indicator.

“We are going to do something about it and undertake some cross-university initiatives to try to eliminate the
attainment gap and improve the outcomes for all students.”

According to new research carried out by the University of Essex, British ethnic minority graduates are between five and 15 per cent less likely to be employed than white graduates and find it harder to climb the career ladder.

Ruben Martin, 22, who graduated from Kingston University with a 2:1 in politics and international relations last year, sent over 100 applications and has not been successful in finding a job.

He said: “I believe my ethnicity and religion makes it harder for me to get a job. My peers from my background are all unemployed.”

BME students are significantly less likely to get a 1st or 2:1 across Higher Education and Kingston University has implemented a wide action plan to combat the attainment gap.

The university has taken important steps in encouraging staff to go through unconscious bias training and to look at teaching styles.

Weinberg said: “Our ambition for the future is to take a lead in ensuring that all students admitted to the University have the same chance of leaving with a good qualification.

“It is of great concern that across the country students from a BME background do less well than white students.The reasons are probably complex and many will lie outside our control – many BME students live at home, are older, have caring responsibilities and other reasons why they find it more difficult to engage with their studies.”

British Indian Manish Pabari, 23, who graduated with a 2:1 in environmental science, said: “The majority of people who did my course were white. After graduating, I’ve had some trouble getting a graduate job.

“I applied a few times, lost motivation and ended up working part time at Waitrose.”