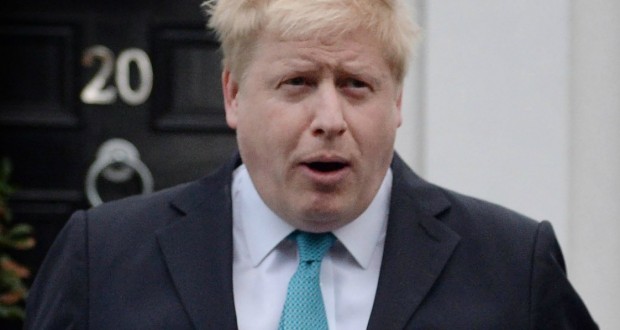 Will Boris Johnson’s backing for Brexit persuade non-EU students to avoid the UK?

Written by Christopher Weedon on March 1 2016

For foreign students inside and outside the EU, the prospect of a Brexit will significantly affect them in their pursuits of studying and finding jobs afterwards in the UK.

With the cost of going to university already at ridiculously high levels, this dilemma will be a kick in the teeth for these talented students who will be forced to pay the full cost of their tuition fees upfront before starting their undergraduate degrees this September.

Above all else, what will become on the UK’s status as a place for education and opportunity in having some of the most renowned universities in the world?

The number of students applying to study at KU this year alone is significantly down in comparison to the intake in recent years and if the UK leaves, the government will need to do a lot of work to maintain this reputation and avoid even more decreasing figures.

But this controversial decision that Boris Johnson has made is something you have to admire him for, because either way, he was going to receive a decent amount of flak on both sides of the debate.

Politicians are torn between making decisions, good or bad ones, and his decision to finally back “Brexit” after much speculation is going to leave him realising who his real friends and enemies are in government.

But the fact he told the Prime Minister his decision nine minutes before announcing it to the world just illustrates his passion and commitment for a thriving UK away from the stranglehold of the EU.

Boris might be the most popular politician in recent years by his commitment and legacy as the acting Mayor of London, and his announcement might prompt undecided voters to back the Brexit option.

Nevertheless, actions have consequences and it could seriously affect his popularity if the Leave movement is unsuccessful.

What Boris and other politicians seem to be overlooking is how they are going to attract and maintain, if the public votes to leave, a growing economy in the UK afterwards?

Hopes of still attempting to negotiate with bureaucrats who seem uninterested in what the UK has to say suggest that Cameron is fighting a losing battle, which is tearing the Tories apart on both sides of the spectrum.

Each side needs all the positive spin it can cling on to, but there remain many more unanswered questions on the UK’s future, which the Conservatives need to think about now rather than later.

Where is business going to come from and will the UK get drawn into another disastrous EU-like agreement with other countries outside its jurisdiction?

What new laws can the UK demand from the European Council if it decides to go crawling back and if Brexit is successful, what will become of the EU after losing a vital partner?

Now that there is a date to decide whether to abide by European rules or finally implement ones that make sense for the UK, in only 117 days the public can finally decide what the future holds.

At present, the Brexit campaign looks like another round with Brussels that is going to end in tears for everyone.

Boris will need to think very carefully what his thoughts and actions are when political careers and the UK’s future all come to a head on June 23.