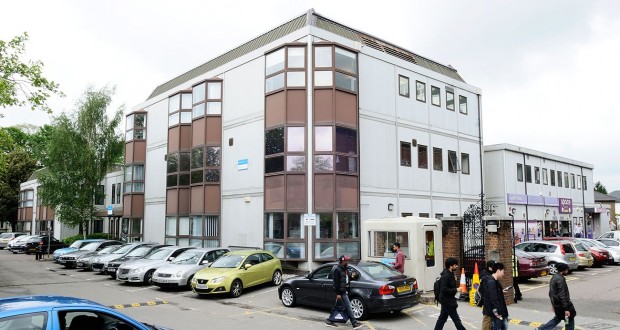 A Kingston student was “smiling and laughing” when he injured a university security guard in a hit-and-run last summer, a court heard.

Talal Al-Hindi, 19, of Raeburn Avenue, Surbiton, denies that he deliberately ran over Jason Butler in the university car park on July 10.

A court hearing will be held next month to decide whether the civil engineering student hit the 44-year-old security worker on purpose.

A judge warned Al-Hindi that he faced a harsher sentence if it turned out he had done it deliberately.

The court was told that Butler was handling an argument between two drivers about a collision at the Penrhyn Road campus when Al-Hindi hit him with a blue Ford Focus.

A four-day man hunt ensued, complete with officers, patrol dogs and a helicopter, in an attempt to find Al-Hindi. He was eventually arrested on July 14. Butler was released from hospital with minor cuts and bruising on July 12.

The court heard that after being reversed into, Butler stood up and that was when Al-Hindi drove into him, causing the security guard to roll off the bonnet of the car.

Al-Hindi then sped down the street with his female passenger in the car and ditched the car in a cul-de-sac on Bridle Close.

He appeared in court on March 1 where he admitted charges of aggravated bodily harm and dangerous driving.

He said he ran over Butler in a “blind panic” and was in by no means a deliberate offence.

However, witnesses describe Al-Hindi as “smiling and laughing” as he drove towards Butler. He denies the claim.

The Crown Prosecution Service elected to hold a Newton hearing, in which a judge will decide whether or not Al-Hindi’s actions were deliberate.

Judge Stephen Bellamy-James QC said: “The issue will be whether the dangerous driving and the assault were deliberate or reckless.

“Butler had very unpleasant injuries but of course they could have been much worse.”

Judge Bellamy-James warned that if Al-Hindi was found to have acted in a deliberate manner then “he will lose all credit for his guilty plea” and therefore would be subject to a much harsher sentence. He will be sentenced on April 1 at Kingston Crown Court.

A police spokesperson speaking at the time of the incident said: “Officers were called to reports of a road traffic collision between two cars in Penrhyn Road Campus at Kingston University, in Kingston-Upon-Thames, at approximately 4.20pm.”

Kingston University has been following the case but it yet to be decided what action will be taken for either party.

The university were able to aid the search for Al-Hindi in collaboration with the police through CCTV of the incident. The car had not been reported lost or stolen at the time of the search.

All access to nearby Woodbines Avenue was blocked off by police during the search for the car and its passengers.

Neither Butler nor Al-Hindi have commented on the issue, nor is it known whether or not Butler has gone back to work. Al-Hindi is understood to be resitting his first year.