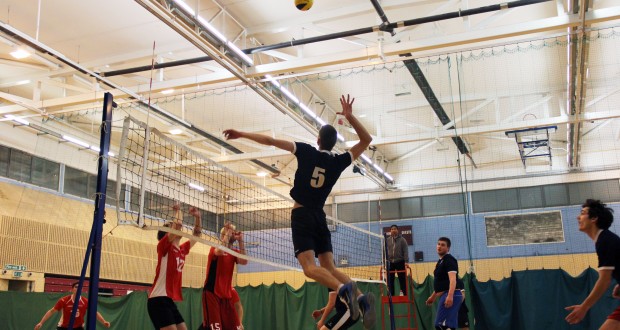 The Cougars ended their final game of the year with a victory, gaining a place at the top of the South Eastern 2A League with a total of five wins and one loss.

Luke Ducker, a design student, said: “I think we deserved to win, especially after our embarrassing cup final game which happened last week.”

Kingston found it easy to win their first two sets 25-13 and 25-14 which left Middlesex steaming and ready for more by the third set.

Middlesex attempted a comeback in their final set and pushed the score way over the usual 25 points.

The Cougars took the lead in a slow start but Middlesex were able to hold their ground and came up from 19-17 to lead at 22.

Ducker said: “The cup turned out a lot like today’s game actually. We got crushed in the first two matches but were able to give them a run for it in the final set.”

KU pushed back and the two teams continued to score back and forth, the supporters at Kingston College Arena cheered louder and became more passionate with each side-out.

Middlesex tried their luck with some clever straight hits but could not deal with the jumping and the blocking power of the Cougars.

Kingston was able to dominate throughout the first two games and finished the match with an incredible score of 32 to 30.

Kingston and London School of Economics, from league 2B, faced each other in London instead of joining the rest of the Cougars for varsity at Surrey Sports Park against Surrey University on March 9.

The Cougars were defeated 3-0 against LSE in this year’s BUCS South Eastern Conference Cup Final which took place on March 9 at the Britannia Leisure Centre. 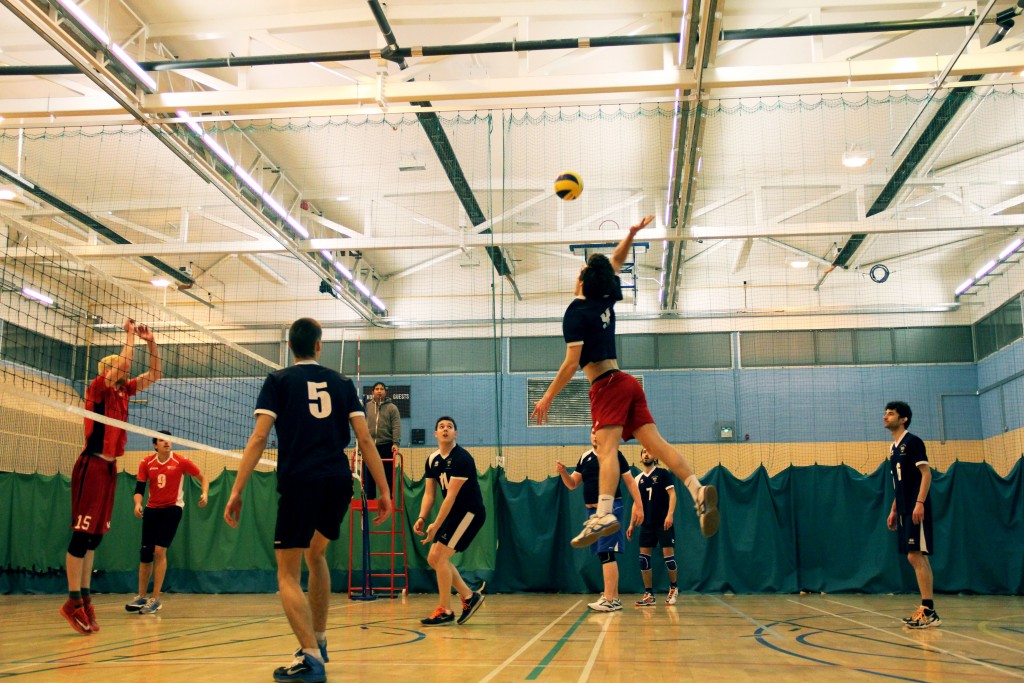