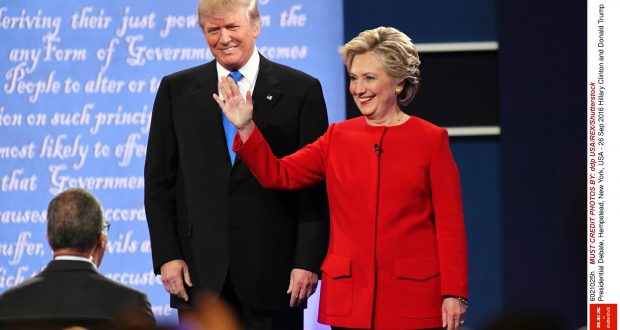 Personal attacks over health and foreign policy abounded during the first US presidential debate, recreating the many media debacles since the race began.

Luisa Barrientos, 22, said: “Throughout the entire debate Trump interrupted Hillary and would never answer the question directly. He would just go around it and attack Hillary.

“Hillary, on the other hand, talked about her plans and what she wanted to change and keep in her administration. It’s the first time I can vote in the United States and after last night it became clear to me that Hillary Clinton is the clear candidate I will vote for in November.”

Trump consistently attacked Clinton’s policies, from disagreeing with her ISIS policies to contradicting himself with his racial policy.

One of the debate’s most tense moments came when Trump brought up the Benghazi email scandal by asking Clinton for the “33,000 deleted emails” in return for his tax return transcripts.

The students River Online spoke to after the debate agreed that Clinton came prepared but, though Trump had no clear policies to back him, he had many supporters to cheer him.

Emlyn Travis, 20, said: “I think that it is an incredibly scary situation right now in politics in the U.S. The fact that Donald Trump can stand on national television and blindly deny comments he’s made about global issues like climate change and still have supporters is terrifying to me.

“What the debate really impressed upon me was the importance of voting. It’s shown how pivotal it is to have my voice heard, and to make sure that others who are studying abroad know to request absentee ballots from their states’ local county offices so they can too.”

The upcoming debates will help make up the public’s mind on who to vote for on November 8. River Online did not speak to any students supportive of Trump.

Zachary Merril, 22, said: “Last night Trump had a chance to win over African-American voters, and instead said we should bring back stop and frisk nationwide. He had a chance to reach out to college-educated women and instead defended his sexist comments.

“He had a chance to reach out to Muslims voters and instead doubled down on ‘radical Islam’.”