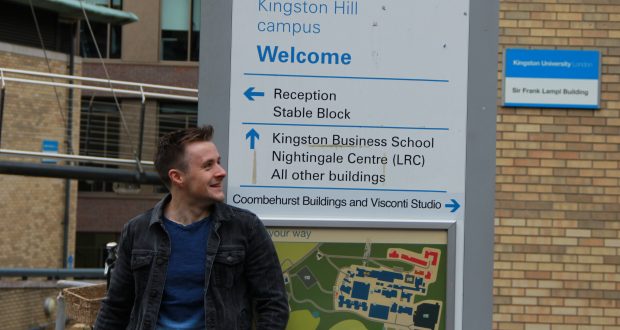 Harry Potter has started his studies at Kingston University, but unlike J K Rowling’s famous boy wizard, this HP is into business, fitness and music rather than magic.
At 25, Mr Potter, studying business management at Kingston Hill, is very used to the range of reactions he gets to his name.
“Some people are really excited because they claim to be the biggest Harry Potter fan – everyone is the biggest Harry Potter fan,” he said. “Some just don’t believe me until I pull out my ID and even then, they sometimes choose not to believe me.”
The jokes began in school, when the first Harry Potter film came out. “It was never anything that I would
consider bullying, it was just banter,” he said.
Harry takes it all in good humour, his Instagram tagline is ‘the boy who lifts’, and he even admits to having used his name to chat up the ladies.
“I don’t think I’ve used it as the main thing, but it’s definitely helped,” he said. “It’s never been my opening line or anything like that, but sometimes I’ve used it within conversation because I know that they like it.
“I did read all the books though, I was a big fan.”
Film Harry Potter kingston kingston univeristy KU student 2016-10-18
Jamie Craker