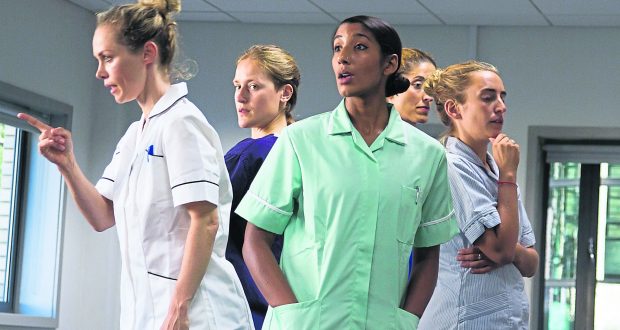 Written by Amelia Cunningham on November 6 2016

A KU senior drama lecturer who saved her brother’s life after donating her bone marrow has been inspired to produce a performance based project about the key role of nurses.

Doctor Alex Mermikides, 47, who donated her bone marrow to her brother in 2004 who suffered with leukaemia, has put on a series of workshops and a performance as part of her project ‘Careful’.

Mermikides, who recognised an opportunity for an academic partnership between the drama and nursing faculties at KU, said: “When we discovered we matched it was a no-brainer that I would be my brother’s donor. The most difficult thing for me was that sense of responsibility. At my worst moments it felt as though I – or at least my bone marrow – might kill him.”

Mermikides found out she was a match to her brother, Surrey University lecturer Milton Mermikides, 45, after being warned that there was only a one in four chance for full siblings to ‘match.’

Milton Mermikides’ brother was 33 at the time of to the operation but is now well at 45 years of age, continuing as a music lecturer and enjoying fatherhood to his three-year-old daughter.

Since the transplant, Mermikides confirmed that she is now on a bone marrow registry and is ready to donate again. 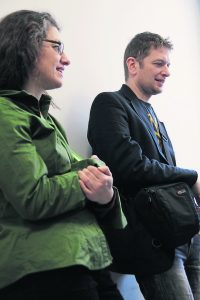 Alex and her brother Milton Mermikides at Hammersmith Hospital 2013 during a research project. This was also where Milton was treated in 2005. Photo Credit: Rex Features

The ‘Careful’ project, which grew out of the lecturer’s interest in medicinal research after she donated her bone marrow, is funded by The Arts Council of England and uses the Darwin Ward located at The Kingston Hill campus.

Mermikides, who recognised an opportunity for an academic partnership between the two faculties at KU, said: “It seems a bit of a wasted opportunity that we have so many talented educators and experts at KU, but because we are on separate campuses, we don’t always look over the fence and find opportunities to share, but I think it is particularly fruitful when it’s unlikely pairings.”

KU  drama student, Amanda Cowan who watched the first ‘Careful’ performance said: “The main thing that I will hold onto is the idea that as an actor, it is your role to care for your audience, maybe not in the same way that a nurse cares for patients but the need for care and consideration is definitely there.”

Cowan, who also took part in one of the workshops, added: “I didn’t realise there was a need for these sorts of workshops but this process has definitely been an eye-opener.” 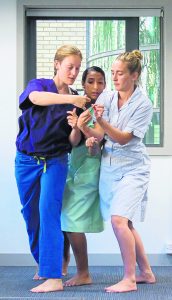 Mermikides who hopes to rollout the project’s model as a fixed part of the nursing curriculum, is certain that the collaboration can start to break down the negativity that she said often surrounds nurses.

She confirms that eye contact, choice of words and body language are things that can make people feel cared for and that the arts can bring a sense of humanity to support some of the work that nurses are doing.

“When I mention to people that I am doing this project, people tend to give me horror stories of terrible nurses or they tell me angelic reports of angelic, self-sacrificing human beings who are idolised.

“What I am doing with the project is to get audiences thinking of nurses as human beings who are in a challenging role who can’t be blamed for every time they don’t behave like angels,” said Mermikides.

The nursing department at Kingston have already incorporated role-play techniques during training, but Mermikides confirms that the use of nursing to develop the skills of drama students has been under explored up until ‘Careful.’

Mrs Terry Firth, senior lecturer of simulated learning & clinical skills school of nursing, said: “The collaboration was something that really interested us as care is fundamental in nursing. It has been very insightful observing the nursing and drama students working together in the workshops.”

The next showing of ‘Careful’ is 9th November, 7.45pm at the Studio of the Rose Theatre. The performance will be followed by post-show discussion about relationship between medicine and the arts.