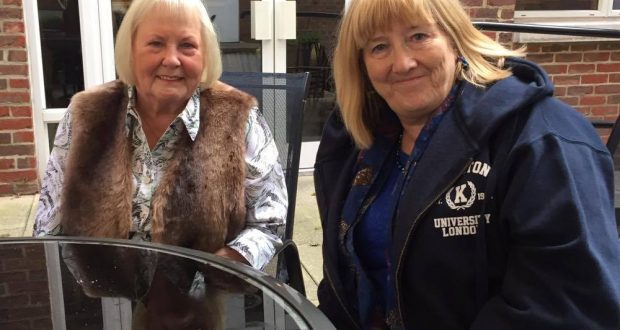 Written by Solene Capitolin on November 1 2016

Kingston University’s 80-year-old creative writing student Hilary Chalkly may not be able to complete her MA due to lack of funding.

Chalkly and her friend Carol Marshall, 66, are not entitled to a student loan due to their age.

“This week’s payment is all I can think about, I’m a pensioner and that’s all I’ve got. Whether I am going to be able to complete the course because of the payments, I don’t know,” said Chalkly, who has already written a book.

Although over-59s are entitled to a student loan for undergraduate studies, anyone over the age of 59 does not qualify for a postgraduate loan.

“They might think, ‘She’s 80; how long is she going to live?’ Well, I can tell you, I am damn well going to live on. I’m not giving up,” said Chalkly, who enrolled at KU this semester.

Marshall has sometimes had to make do without necessities such as food just to pay her fees.

“I’m having to go without a lot of things, food sometimes. Because I am determined to do it,” said Marshall, who lives in Hemel Hempstead.

In 2013, then Minister of State for Universities and Science David Willetts suggested that over-60s go back to university to make themselves more employable.

He argued that going to university has an economic benefit as staying up to date with knowledge and skills increases your employability.

“The government are telling us to stay at work. We are probably closer to employment than an undergraduate because obviously it’s the next step up. So it does not make sense,” said Marshall, who has written to her local MP many times about the issue.

In response to a letter from Marshall, the Secretary of State said:

“I understand Ms Marshall’s concerns and applaud her desire to continue studying. The government needs to ensure, however, that the new loan scheme is affordable for the taxpayer and offers value for money.

“The loan will need to be repaid with earnings on an income-contingent basis, in this case six per cent of earned annual income above the threshold of £21,000.

“In view of this, the government took the decision to limit eligibility to cover those likely to continue in long-term employment and enter repayment. It is for this reason the loan has been restricted to those aged 59 and below.”

Chalkly recently spoke on Verulam radio about the matter. The pair hope to be able to give talks and raise awareness.

“I have just become a member of our local British Legion, that’s where you have got the aged people and I am going to go down there and shoot my mouth off and see what type of reaction I get,” she said.