Campaigners were spreading awareness across the UK and in the hallways of Kingston University last week as a reminder that the gender pay gap still exists.

The University and College Union (UCU) were campaigning at Penrhyn Road campus to help spread awareness that, despite it being almost 50 years since the Equal Pay Act, there are still huge pay gaps between men and women.

Andy Higginbottom, associate professor at Kingston and chair of the UCU, said: “Because of the Equal Pay Act, formally there is equal pay but as we know the reality is very different and we want men to support this too. It is a mistake for men to accept this indirect discrimination.”

#EqualPayDay has been trending on social media, marking the day women begin working for free compared to the average man for the rest of the year.

In recognition of the 18 per cent pay gap, many women were leaving work 18 per cent earlier, at 3:34pm instead of the typical 5pm.

The campaign was launched by Stylist magazine to urge the UK to #MindTheGap which inspired the UCU to join the movement.

Campaign and liberation officer Safrina Ahmed said: “We were inspired by Stylist and want to spread awareness here in Kingston too. With what happened in the U.S elections being so extreme we don’t want people to think it doesn’t happen here and is okay here, it still happens and really is a problem.”

The magazine were urging others to get involved and have drawn up a letter for women to hand in at work and an out of office automated email response during the strike.

Unequal pay does not just mean that women and men at the same grade are being paid unequally, but that the proportion of women in lower grade jobs is higher than that of men.

In Kingston there is still an 11.4% gender pay gap, according to the UCU.

This year’s Equal Pay day is just one day later that last year’s, meaning that in effect, women are only working ‘for free’ one day less than they were last year.

Ahmed expressed her concern over this, she said: “Such slow progress is concerning…it is estimated that it will be 118 years before we see equal pay between men and women.” 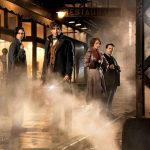