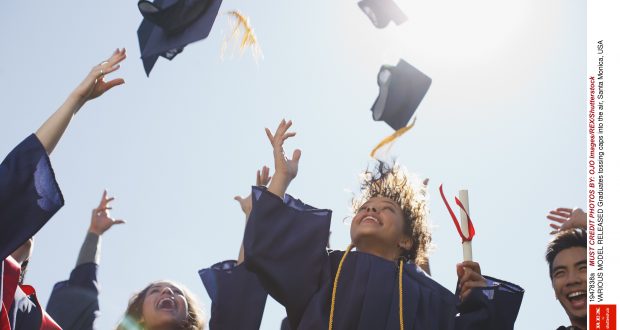 The lawyer said graduates should be reimbursed for their loans Mandatory Credit: Photo by OJO Images/REX/Shutterstock (1947838a) MODEL RELEASED Graduates tossing caps into the air, Santa Monica, USA VARIOUS

Written by Rachel Andrews on December 2 2016

Student loans are “illegal” and “unenforceable” according to a top lawyer who has demanded that university graduates should be reimbursed.

The repayment plans for student loans currently stand at 4.6 per cent, but in reality are nearly 2 per cent higher at around 6.6 per cent, according to the lawyer.

This is because every month unpaid charges are added on to the original loan, making the student loan bigger.

Clarke said: “Extortionate funding costs and unfair terms are forced upon students in unknown ‘agreements’ which break the law.

“The government needs to act before it has a national scandal on its hands. Theresa May must repay students the amounts they overpaid David Cameron’s government.”

KU students graduating from the university this year will have to pay these rates on their loans and, like most, were clueless about the hidden charges.

“Currently, I am not particularly worried about paying my student loan back. That’s only currently though,” said KU third year politics and English language student, Felix Brüggemann, 20.

“What I am worried about, is how long it’ll be dragged out for, and how much tougher government enforcement will become. I don’t particularly trust the government not to try and extort students further. That’s what worries me.”

Brüggemann said that he thought students were often viewed as a market to be exploited and that government spending was always going to result in students getting a bad deal.

Clarke argued in an article for The Independent that the loans would not stand up in court.

Graduatejobs. com has estimated the average wage for a university graduate as being somewhere between £19,000 and £22,000.

KU third year television and media student, Charlotte Emsley, 21, said: “It scares me that the rates are so much higher than I actually thought. I do feel misled now that I have seen the figures.

“They should be more upfront about the costs because I bet there are so many students who will have no idea how much they are paying.

“I doubt that I will ever manage to pay it all off and it is scary that I will probably be in debt for the rest of my life.”

Student loans are designed to be affordable and have lower interest rates compared to other standard loans.

Once you begin earning over £21,000, repayments are taken straight from your wage. If you never earn above that figure, you do not repay anything.

The government has already scrapped maintenance grants for lower income families, after they declared them “unaffordable”.