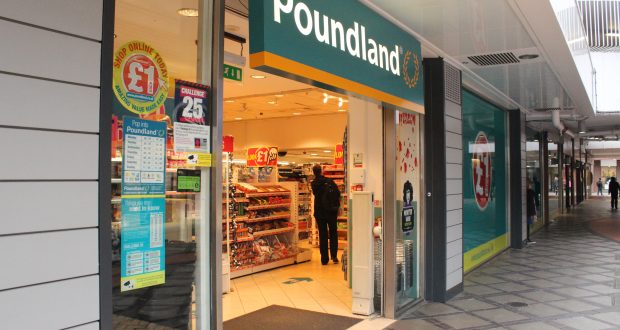 Written by Tone Breistrand on December 2 2016

Thieves are showing confidence when stealing from Poundland in Kingston’s Eden Walk mall, as last month someone left through the staff exit with what they stole.

After grabbing a box of items from a cage full of stock, the thief calmly walked around the store before leaving through the staff door, which leads through a corridor connecting Poundland to other stores in the shopping centre.

“No one noticed him picking up the box, and then he went through the staff exit and left the shopping centre. Security went after him, but he got away,” said James Brayshaw, 23, senior sales assistant at Poundland.

“He stole from us by going through our door, with our stuff. It’s crazy how confident he was.” 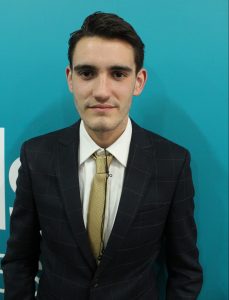 Brayshaw has been left baffled by the number of thefts Photo credit: Tone Breistrand

Brayshaw is shocked at how bold people are when stealing.

“People just come into the store and take things. They don’t even cover their faces or try not to be seen.”

According to Brayshaw, the most commonly stolen items from the store were chocolates right inside of the door. He said that people had been seen walking inside the store, grabbing some chocolates and leaving without covering their faces.

“One day this guy came in and took three whole cases of chocolates. He stuffed two in his rucksack and carried the third one in his hands. We went after him, but he had given loads of stuff to another guy, so we had to chase both of them. It’s like they actually planned out an escape route, like they had robbed a bank or something,” Brayshaw said.

Back in April, a man came into the store and calmly dumped 118 units of Red Bull and chocolate bars into several big shopping bags.

Staff later saw what happened on CCTV, as the tape showed him taking his time loading his bags with items. They did not recognise the man, and he has not been back since. He is believed to have sold the goods to a corner shop.

Brayshaw is baffled by the number of thefts. He said: “Poundland is the most stolen-from store in the high street. In every high street. I don’t understand this. If I’d steal something, I’d steal from a store that actually had something valuable in it. Why would you make yourself a criminal for a chocolate bar?”