The Big Student Meeting (AGM)  and the Course Rep Congress are scheduled to take place on the same day so there are fears that not enough students will attend the AGM to vote on important university issues.

The Big Student Meeting is where students will vote on what issues they want the Union of Kingston Students (UKS) to focus on for their campaigns and initiatives, it is open to all students at 2pm on Wednesday January 18, 2pm, in the Clattern Lecture Theatre. While the Course Rep Congress is a similar event purely for course reps.

There must be 100 students present at the AGM to vote on the motions being proposed and a lot of the active students that would attend are also course reps who need to attend the Course Rep Congress.

If less than 100 students attend the University will not be bound to do anything regarding any of the proposed motions.

Aditya Tandon, business management student and course rep said: “having two such important student events that only happen annually will be majorly affected by attendance just by the clash itself. Nonetheless, I hope they both are successful as both of them aim for student involvement which is the best for the university as a whole.”

UKS have said that they are working with Student Engagement and Enhancement, who manage the course rep program, on the timings so that all students who wish to can attend both.

This comes after the change from the course reps being a part of ran by UKS before this academic year when it changed to being a part of SEE which is run by the university.

Daisy Bow Du Toit, Penrhyn Road Officer, said: “We were the organisation that used to run the Course rep system until this year.

“How can the course rep conference have their conference at the same time as the union’s biggest meeting where students get to shape the future of the union?”

Motions to be debated at the AGM include boycotting the NSS, consent classes, making the university more LGBT friendly and EU student protection after Brexit. 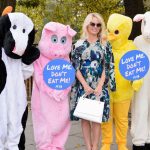 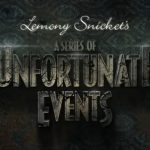