Kingston’s student’s union (UKS) will work to protect EU students from the effects of Brexit after a proposal was approved at its Big Student Meeting (AGM).

Part of the motion means that UKS will lobby against EU students, who currently pay the same as UK students, having to pay the higher international tuition fees than students from outside the UK and the EU pay.

Zuzanna Zajac, an interior design student from Poland who proposed the motion, said: “If EU students start being considered as internationals their fees will rise while not being granted Student Finance.

“They’ll also have to get visas and be limited to the amount of hours they can work while they study.”

The motion stated that the Union AGM believes “Brexit increases xenophobia among the general public and will be a disaster if it affects academia.”

Ms Zajac wrote in her motion proposal that: “English universities have a good standard of education but can lose a lot if they close their doors on the EU influx of students.”

The motion said that international education should be available for young people to escape nationalist views and that our generation needs to be around multicultural societies.

Now the motion has been approved UKS will also have to talk with heads of faculties about how they can counteract the effects of Brexit, while also becoming informed of what can be done and form networks with other universities to combat the Brexit aftermath.

However, some students disagreed with that after the UK leaves the EU that EU students should continue to pay only £9,000, the same as home students.

While other international students, that have never been in the EU, pay anywhere from £11,700 to £14,100 a year and continue to rise on a yearly basis.

Rachel Imlay, a politics and international relations student from the United States, said: “I understand and support the merit of this motion and I understand that EU students shouldn’t have to suffer because of the choice that British people made to Brexit.”

“But whether we like it or not the UK is no longer part of the EU.”

“So it’s not fair to international students that EU students would still get the benefits, such as lower tuition fees and unlimited work hours.

“It’s almost xenophobic to expect exceptionalism to the rule simply because you are an EU student in a country that is no longer part of the EU.”

Stefan Necula, a Kingston architecture alumnus from Romania, said: “I believe students that are already enrolled should obviously not pay more than they have been told at the beginning of their course.

“However, when Britain is going to completely exit the EU I believe it’s fair to say that EU students will have to pay international fees.”

Currently, the government has pledged that student funding for living costs will still be provided for 2017/18 applicants but there is currently no pledge surrounding tuition fees universities will be allowed to charge.

Kingston’s website advertises that EU students for 2017/18 applications will pay the same as home students which will be £9,250, in line with inflation and subject to the results of the Teaching Excellence Framework (TEF). 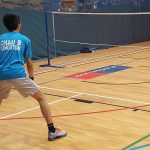 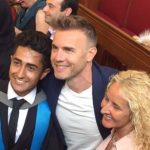