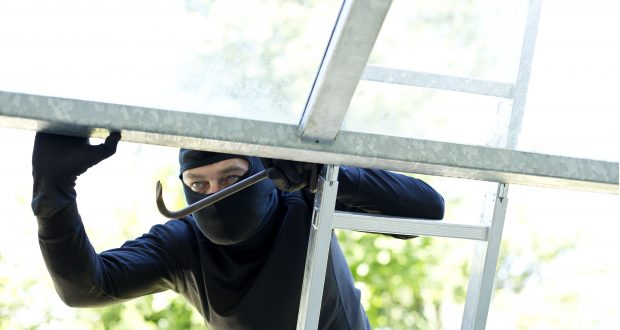 Kingston Police have seen burglaries in the new year with similarities Photo: REX

Kingston Police cracks down on burglaries after reported rise in 2017

Written by Sarah Sinclair on February 1 2017

Police have launched an operation to fight a rise of burglars breaking in from the back of properties in Kingston.

The operation, nicknamed “Robinson”, will include an increased number of uniformed patrols and undercover officers in burglary hotspots.

Kingston police said: “When they get inside they are turning your house upside down and taking jewellery, cash and expensive electronic items.”

The National Union of Students (NUS) said: “Student houses and halls attract opportunistic burglars. Most students own expensive equipment such as mobile phones, laptops and iPods.

“People come and go frequently, leaving doors and windows open, and it can be easy to enter the building by posing as a casual visitor. Over the holidays, student properties are often left vacant, leaving them at even greater risk.”

Anna Craig, an acting and media student at Kingston College, was burgled in September 2015 and said that the new operation “sounds great because it needs to be taken more seriously.”

She was living on Springfield Road at the time, behind Penrhyn Road campus, and said a policewoman at the scene had told them it happened regularly in the area.

Anna and her partner came home in the early hours of the morning to find their PS4 and MacBook Air had been taken alongside her late grandmother’s jewellery.

Her partner had at first accused her of moving his games console, but when they found their bedroom had been ransacked they realised they were victims of a break-in.

Anna’s belongings were never recovered and the culprit was never found.

She said: “There wasn’t much the police could do. They inspected the house but they made it clear it was near impossible to catch the burglar and return any of our stolen items.”

Anna said: “Electronic goods like Macs and PS4s are easily replaceable if you have the money, but my Nan’s jewellery is gone forever and there’s nothing I can do about that.

“But even so, why should we feel unsafe in our own homes and have things we have worked hard to pay for.”

She added that the items had most likely been taken “to feed someone else’s drug problems”.

An Office for National Statistics (ONS) report for property crime from March 2016 said that those between 16-24 years old were more likely to be victims of burglaries, as well as those who rented privately rather than own their homes.

Kingston Police urge residents to call 999 if they see anyone acting suspiciously in their neighbourhoods.