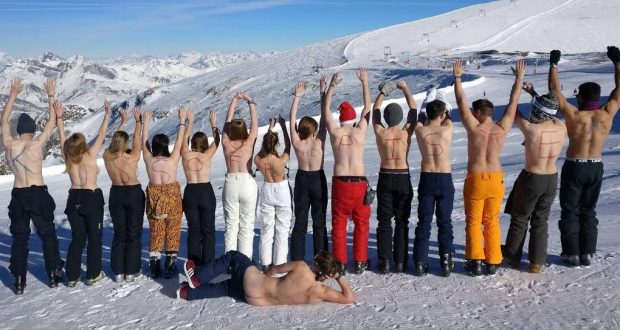 The team bares all during their trip to the Alps. Photo Credit: Jay Patterson

Written by Emlyn Travis on February 2 2017

The KU Snowsports team bared it all out in the cold for a photo to celebrate their winter ‘Off the Piste’ trip to Les Deux Alpes in France this past December.

The team caught the attention of onlookers when they met at the top of the slope for a photo that had them topless and, in one case, bottomless.

“I may have been the one laid-down with my trousers down,” said Social Secretary Jay Patterson.

“Everyone shouted at me because I was writing on their shirtless backs. They asked why I wasn’t doing it, so I laid down in the snow just so that it was even. It was just a laugh really. 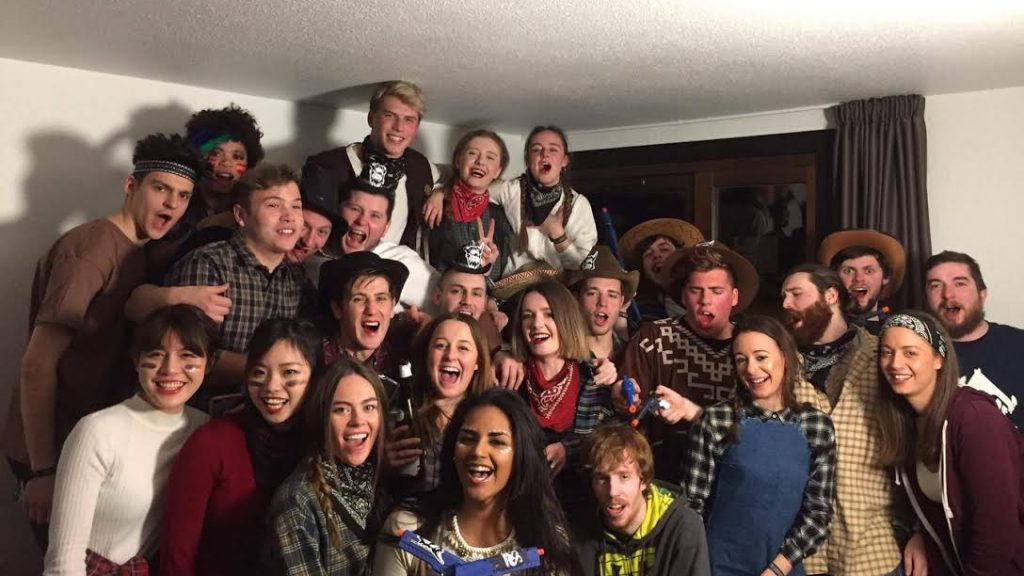 The Snowsports team developed a point-system game to determine the most ‘rad’ member of the trip. Photo Credit: Jay Patterson

The team also participated in ‘Gaffney’s Numerical Assessment of Radness’, a point-system game created to determine the most ‘rad’ member of the trip. 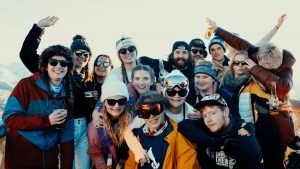 Their team’s next trip will be to Andorra in April. Photo Credit: Jay Patterson

The highest score from the trip was seven thousand points, a feat achieved by one member of the team who went down the slopes naked.

The Snowsports team is set to go on their next trip to the Pas De La Casa resort in Andorra in April.

“It’s an experience for anyone who has either never skied before or an experienced skier to meet other people who are likeminded and want to learn,” said Snowsports president Charlie Warren.

“Also it’s a chance to make friends, go to places you haven’t been before and just in general have a really good time.”

Emlyn Travis is a news editor for The River and is always trying to fit in unnecessary puns into every headline she writes.