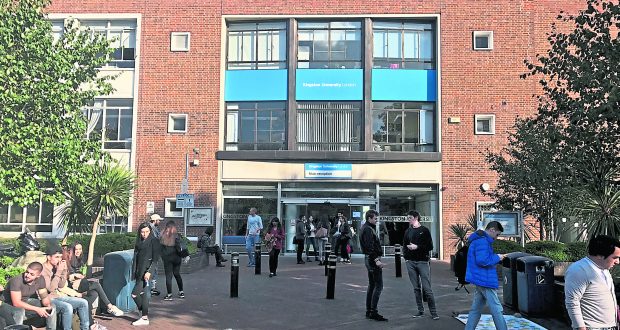 Kingston University to axe more than 70 courses after internal reviews

Kingston University has started to axe dozens of courses because they have struggled to recruit.

Every faculty in the university has been told to review the courses they offer to assess whether they are successful and viable.

The Faculty of Arts and Social Sciences (FASS) was the first to confirm plans to close 91 half field courses in the next academic year, including many in humanities subjects such as English and creative writing.

The half-field courses were removed from the University’s website and options to apply to them removed from university application system UCAS over Christmas.

Other faculties are also considering the courses they offer, including  the science, engineering and computing courses in SEC.

FADA, which offers a range of successful subjects as diverse as fashion and graphic design, is understood to have delayed a decision until more is known about the current state of applications.

Although first and second years’ courses will not be affected by these changes, Kingston students were left outraged about course closures.

Mohammad Ali, 18, a first year media with creative writing student whose course is on the list to be stopped, said: “They’re screwing with our future. I would have gone elsewhere – I ditched Kings College for Kingston because they had wonderful course combinations.”

Megan Wasiak, 36, first year creative writing and film student – a course that will continue to recruit – said: “I would cry. I applied to this university for this course. Creative writing was why I applied, which I couldn’t do full field.”

Head of School of Humanities, Andrew Teverson said in a note to staff: “This is a prelude to a move away from joint provision for the University more generally.

“The joints that have been discontinued in Humanities this year are those that have not recruited in large numbers over a three year period.

“It is recognised that cumulatively the removal of these joints will have an impact on recruitment for our programmes in the coming year.”

Teverson said the main reason for this was that the architecture of the joint provision syllabus was “too complex” to maintain with low student numbers, creating additional problems such as unattractive timetables and stretched market resources.

Kingston is thinking about different alternatives to continue to allow students to choose and combine courses.

One is for popular joint programmes to be redesigned so that they are merged together and have their own programme specification and leader.

The idea is that an academic will have “ownership” of the course and will help improve the student experience.

Another possibility in a number of faculties including FASS is a joint combined arts degrees, enabling students to study a major alongside a range of options subject to their clash-free availability.

This would combat timetabling issues that joint honours students complain about.

Some students felt that the changes would have a detrimental impact on their course’s validity when they left university.

“I am concerned about future students who will have fewer options to explore their strengths and interests within two different subjects.

“I think by removing my course, Kingston is doing a disservice to those who chose to take a dual honours subject, especially in two completely unrelated fields such as mine.”

Ashleigh Osborne, 21, a creative writing and human rights student, said: “To take away courses limits who comes here, what they can do and their career options. I’ve been able to explore lots of diverse choices, which new students won’t get.”

Emlyn Travis is a news editor for The River and is always trying to fit in unnecessary puns into every headline she writes.
Emlyn Travis, Tessa Neal on Twitter">