Kingston’s rugby teams competed in a 12-hour cycling marathon for charity on Friday, hosted by The Mill in Kingston.

The ‘Bike-A-Thon’ on exercise bikes started at noon and finished at midnight with players taking turns riding in hour-long intervals.

The finance and charity officer for the women’s rugby team helped organise the event and was pleased to raise to raise money for The Wooden Spoon charity.

Eleanor West, who competed in the marathon, said: “I am really pleased that we have been able to organise another charity initiative for this year.

“The charity we are doing it for is Wooden Spoon, which helps kids with disabilities through rugby, and obviously as we love the sport it feels great to be supporting a charity that does so much, whilst also involving our sport.”

The teams also held a raffle, collecting donations online and on the day, and the pub offered deals on food and drink during the day.

Freddie Greef, the charity secretary for the men’s rugby team, also took part and was delighted to be raising money for the charity.

He said: “It’s great to be able to support The Wooden Spoon as they support equality for all children of all backgrounds, which is important to me as a Primary Education student, and they use rugby to raise funds for and support disadvantaged and disabled children.

This fundraising event was held on behalf of the Surrey Region, and the money will be spent on their Wooden Spoon projects within the next 12 months.

The Chairman of Wooden Spoon Surrey Region, Brian Hodges, said: “It’s brilliant. The Kingston Mill has been raising money for Wooden Spoon for a number of years.

“We’re absolutely delighted and if we can get the student community involved, that’s even better.”

CJ Maguire, the owner of The Mill in Kingston, dressed up as the Spoony, the Wooden Spoon’s mascot.

He had fundraised for the Wooden Spoon for the past 11 years, helping to raise over £20,000, and said he felt very proud and passionate about its cause.

“It’s nice to give something back to the charity and it’s a worthwhile cause as well.” 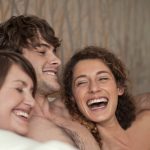 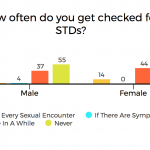