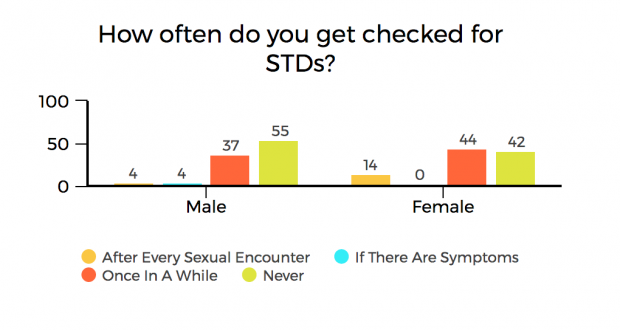 Over 80 per cent of KU students either never or rarely get checked for STIs. Graphics: Emlyn Travis

When was the last time you got checked for an STI? Experts issue health warning after 80 per cent of KU students claim to never get tested

Experts have warned that Kingston students are risking their fertility after research showed that four out of five students never get checked for sexually transmitted infections (STI).

A survey conducted by The River revealed that 83 per cent of Kingston University students rarely or never get tested for STIs, despite 69 per cent of students knowing that the university offers sexual health services.

Dr Samantha Evans said: “Many young people just think they can take antibiotics for STIs so don’t bother using condoms and don’t consider the impact on their fertility. This is also leading to drug resistance in several STIs too.”

Of the 210 students surveyed across all campuses, 56 per cent claimed to have sex regularly and one in 10 admitted to carrying an STI at some point during their lifetime. 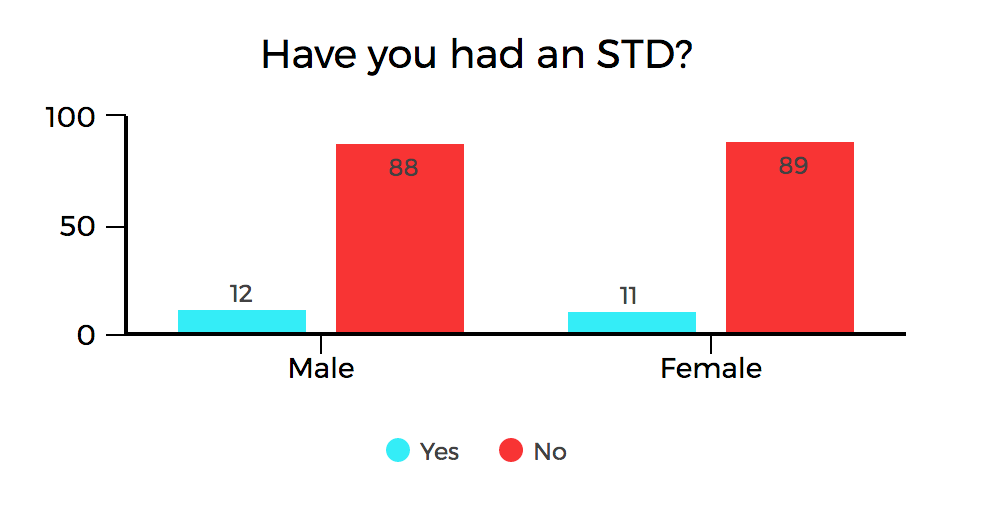 “There could be a number of reasons students are avoiding getting tested for sexually transmitted infections,” said Paul Casey, head of programmes of the Family Planning Association (FPA), a sexual health charity in the UK.

“They may feel they haven’t been at risk of infection, or believe the myth that only people with lots of partners get an STI. Often fear is a factor especially if they’ve not been for a test before.”

The most common infection carried in KU is chlamydia affected 55 per cent of students. It is the most common cause of infertility in women.

Although treatable, 80 per cent of women and 50 per cent of men will not be able to detect any symptoms for chlamydia and can only find out if they carry it through a sex health screening, according to Public Health England.

Creative writing and human rights student Molly Bergin, 22, said: “I appreciate that there is a nationwide stigma towards STI’s, which is kind of what needs to be changed.

“It’s not just a case of saying ‘go check yourself’, it’s about changing the language and the way we approach it generally.

“The problem with STIs is that it’s associated with sex and that side of things. It’s considered dirty, but it doesn’t matter about your health or your hygiene.

“It’s like a cold; if people get a cold, it’s perfectly fine. It is about changing attitudes.” 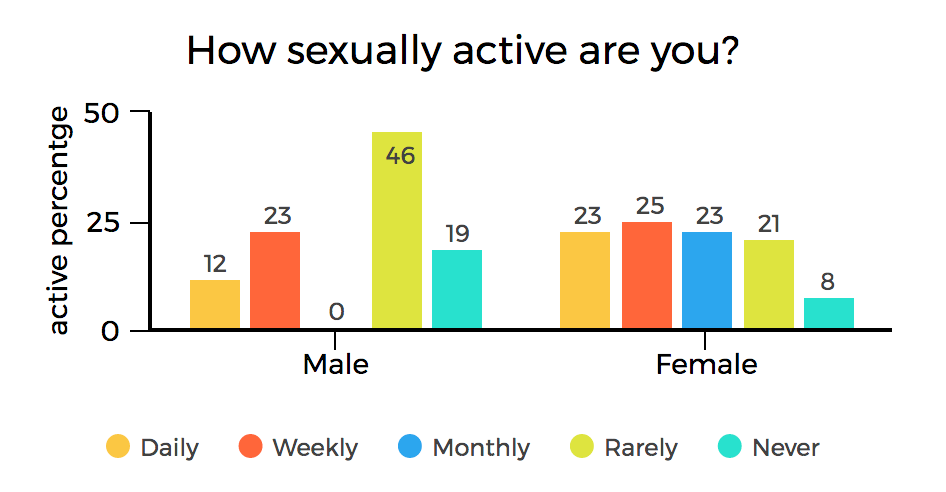 HPV, more commonly known as genital warts, was the second most common sexually transmitted infection with 15 per cent of students having it at one point.

The virus is sometimes curable but can take months to even years to fully get rid of.

Moreover, a whopping 32 per cent are unaware of how STIs are transmitted and some students believed that the only way to gain an infection was through unprotected sex or touching.

When asked if students would inform their past and current partners once they found they had an STI, 42 per cent said they would not.

One male student commented that he would not share the vital information until three weeks after first sexual contact, while another said he did not want to as he “wouldn’t get pussy”.

Despite the many risks, 11 per cent of students still said they would be okay having sex without condoms even if it wasn’t with a trusted partner.

“That’s horrific!” said Behrouz Tirana, 18, a pharmacy student. “I thought a lot of people, since being in university, would actually check more.

“I think the University should educate students on the fact that they should be going to get screened.”

Evans suggested that a reason many young people are fine with not using condoms is due to the fact that many claim they are “uncomfortable” or “decrease sexual sensation”.

The real problem is not having the right fit.

The clinic offers a “free, confidential and open” walk-in service for all students every day and has two evening times on Mondays and Thursdays from 6pm to 8pm.

Services include screenings, treatments and advice.

The University health centre also offers condoms to students for free to help prevent the spread of STIs.

A Kingston University spokesperson said: “Information about health and wellbeing services is available to all students at the GP and via the university website and My Kingston.”