Three KU rape victims shared their stories with KU student Holly Duffield who has retold them through a short film she created for the Confronting Rape Culture Exhibition.

Miss Duffield posted onto her Facebook page asking if anybody had any sexual assault or rape stories they would be comfortable talking about, the number of responses was terrifying.

“Many of my close friends have experienced sexual assault and rape so I wondered how many people outside of my immediate friendship group had too.

I left my phone for just an hour after posting and had like 20 responses all from people I knew,” she said.

The KU victims, which were all female and remain anonymous, have agreed to allow actors to tell their stories.

It can happen anywhere

A young girl originally from Bangladesh was told at the age of 13 that she was to marry a 25 year old Mosque leader and was taken with her family to Saudi Arabia where they spent some time with her uncle: this was when the first sexual assault took place.

Every night for one week in her bedroom she was molested by her uncle.

She was then taken to Bangladesh to meet her future husband but unfortunately for the thirteen-year-old-girl, this did not mark the end of the sexual assault.

After spending some time getting to know one another her fiancé, the mosque leader came into her bedroom one night and stole what was left of her innocence.

“She woke up one night and he was on top of her with one hand over her mouth and one hand holding her down in a room with all her brothers and sisters, six of them in the room.

“He raped her there with her family in the room,” Holly explains on behalf of the anonymous victim.

Full of fear she then chose to sleep in her mum’s room but on their final night there she had to sleep back in her room again.  It happened again.

It can be somebody you trusted

One victim told Holly about her sexual assaults which began at the age of five and went on until she was 12-years-old.

She was molested by her step-granddad and remained unaware that there was anything at all abnormal in what he was doing to her until high school when she began sex education classes.

When it went to court she discovered he had also been molesting seven other girls, including both her sisters and a family friend.

“She never knew exactly what happened to her sister but all the police said was it was worse. I don’t think they had sex but he made her do everything but.

Everyone in the community loved him and nobody believed them when it went to court, everybody thought they were lying, their Nan stood as a character witness against the seven girls in court, to say they were lying,” Holly said.

He was eventually convicted but let out after just four years at which point he remarried a woman whose 11-year-old autistic daughter became his next sexual assault victim.

He was prosecuted again for this, but not before the court questioned whether the child was a reliable source due to her autism.

“It wasn’t until I went to counselling that I realised that I wasn’t dirty and it wasn’t my fault and I could talk about it without being ashamed that it happened to me because it was nothing to do with me it was all to do with him,” the victim told Hollie.

It can happen when you drink alcohol, and it still isn’t your fault

15 years old and living in rural France, one victim told Holly how her 17-year-old boyfriend at the time spiked her drink and in a jealous possessive display of control raped her while she fell in and out of consciousness at a party he had thrown for her.

She said the only way she could escape was when the drug wore off enough she pretended to enjoy herself to get on top of him and hit him before she bolted form the house and ran.

She later found out her younger sister was also raped at a party a couple of years later, but their mother condemned the both of them, saying it was their own fault for drinking.

It can happen to men too

Holly interviewed a fourth victim who was not a KU student but who demonstrated how rape can happen to both men and women.

One a night out after drinking until he blacked out, the young soldier woke up naked in a woman’s bed.

She was laughing at him afterwards boasting about his lack of self-control or ability to speak and he found himself asking her ‘at what point did you think it was a good idea to take advantage of me?’

“Some people would say that isn’t rape but if you spin it around and say it is a girl who was almost unconscious then you would say it is rape,” Miss Duffield said.

The exhibition where the film will be shown takes place between March 25 and April 2 at the Museum of Futures.

Hollie Dufferfield is also putting an AGM motion into place requesting consent workshops to be compulsory, for every big drinking event to have a campaign to reinforce staying safe and for a victim support group.

“Universities almost make it safe for rapists because they don’t talk about rape. There is no encouragement for students to come forward to talk about it.

“Rapists know if they are going to rape that the likelyhood of them coming forward is so small,” Hollie said. 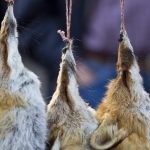 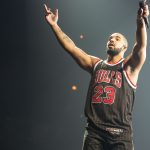