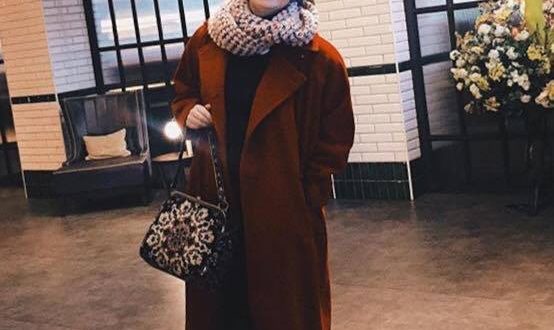 Debbie Ralph Chessell has launched a non-profit campaign on confronting rape culture which is holding several events throughout the month. Photo Credit: Facebook

KU student has launched a non-profit campaign on confronting rape culture which is holding several events throughout the month.

The campaign consists of group of artists, activists and designers who have joined in helping raise the awareness of rape culture by organising workshops, art exhibitions and publications published by Sampson Low Ltd.

Debbie Ralph Chessell, a third year fine art student said: “I founded the campaign four months ago and was lucky enough to get funding from O2.

“I was exhausted by rape culture being so prominent in society; Trump not only being able to continue his career in public but being voted in after so many accusations of rape was the final straw.”

The campaign, which started as an idea by the Kingston student is now turning to an organisation which will focus on opening discussions on rape culture.

Chessell said: “The aim of the project is use creativity to discuss rape culture, therefore making the conversation more accessible.

“I hope this will help raise awareness of the topic as it will give people a way in and a place to discuss its effects.

“Confronting Rape Culture is running many kinds of activities so there should be something for most people to join in with.”

She added: “Some of the biggest misconceptions caused by rape culture is that only men can rape women. Rape is genderless.

“It is a criminal act that sadly can affect anyone from any walk of life. This misconception stops thousands of victims from coming forward and getting the help they deserve.”

The campaign is holding four events through March across Central London in Housmans bookshops and The Museum of Futures.

The Feminist Yoga class focused on feelings and emotions. The idea of the three-hour workshop was to use physical posture, breathing and meditation with a focus of inner healing.

The campaign also organised a spoken word event called ‘Poets Against Oppression’ at Housmans where young, upcoming poets from all over London, including Kingston University students Maritsa Baksh and Tommy Evensen performed.

It focused on self esteem and body image while still on the subject of rape culture in contemporary society. The  event was a success and had a lot of people share their experiences.

Chessell said: “The spoken word night had performances from a lot of survivors of sexual violence who have never had a safe environment to openly talk about what happened to them before.

“We also had artists discuss issues that support rape culture such as racial fetishisation.”

Maritsa Baksh, a biological science student who performed at the spoken word event said: “The night was emotional.

I spoke about sexual abuse from a family member, and personally creative writing and speaking is helpful to process painful experiences. 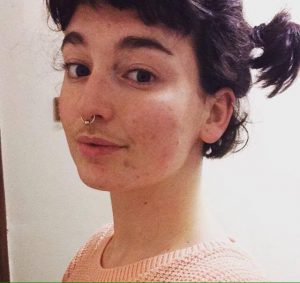 Communicating these experiences in this kind of space lets you ‘get it out’ in a safe place, saying things that ordinarily would be left unsaid.

Topics were left open to the speaker’s interpretations, so we had a wide spread of issues mentioned, from people sharing personal pain to feminist war cries raging at the patriarchy.”

The next event that followed at Housmans was on March 18 which was a collaboration with Birmingham’s “own it”.

Which focused on helping young women celebrate their beauty and educating them with tools to help help their self-esteem. The turnout was great.

Chessell said: “The workshop broadens the whole definition of beauty and talked about self love, self care and how sexism in the media affects our views. Also how rape culture is in the media that surrounds us.”

Chessell started doing painting about rape culture has now turned to her other strong point which is organisation and giving people a platform to showcase what they passionate about.

She said: “The concept of rape culture has been built into society for hundreds of years. It will take a lot to change it but I hope Confronting Rape Culture campaign has helped support that shift occurring.”

While Confronting Rape Culture does give medical support or advice, Chessell advises that students who have been attacked should contact with RASASC to receive specialist help.

RASASC is the UK’s largest anti-sexual violence organisation and offers counselling and over the phone support.

She said:” If you don’t like talking over the phone, RAINN have a 24-hour online chat helpline. It’s free and you don’t have to sign up or give any personal details.

“Both Rainn and Rasasc will connect you to trained, professional support.”

Rasasc and Rainn are the largest anti-sexual violence organisations. They have helped millions of people recover and offer safety and prevention help for parents, students and victims themselves.

Holly Duffield, 20, a drama and film student at Kingston proposed a motion that passed on consent workshops in fresher’s week.

The idea is to give new KU students a place to get support on sexual assault and control drinking problem around university.

She said: “I felt there was a severe lack of conversation around sexual violence in university.

“I have friends who have been raped or sexually assaulted I obviously thought it was of the utmost importance that this motion was passed. I am currently talking to the university about how we are going to make it happen.”

The last event will be an exhibition at the contemporary art museum in Surbiton on the March 25. It will consist of film performance, painting, sculpture, photography.