Kingston men’s hockey team beat Royal Holloway, University of London, 1-0 in their last game of the season, to win the BUCS South Eastern 3A league.

Kingston only needed a draw to win the league whilst third placed Royal Holloway needed to win, but Kingston came out on top, meaning they finished top of the league, clear by five points.

Captain Chris Rodgers said: “I’m so happy. I knew we could do it. We just had to do it but to go out and win the league with a fantastic team and a good set of lads, it’s been a good year, so I’m very happy to finish on a high.”

Kingston scored quite early on when, from behind the centre line, defender Will Calnan sent a high pass forward to forward Ben Spencer who controlled it and finished coolly.

Spencer said: “I’ve scored some big goals in my career but this is one to remember, definitely.”

Royal Holloway sat back during the game, inviting pressure from Kingston and launching counterattacks.

Kingston came close to score another with Spencer cutting inside, beating two players and nearly going all the way but eventually getting overcrowded and tackled.

He also dribbled forward, into the striking circle, cutting inside along the goaline but, when he went to shoot, was tackled by Royal Holloway’s keeper.

With a defender on him, Spencer shot from the edge of the striking circle, which just whizzed over the right hand post, and Calnan came close from a quick, powerful shot from a short corner that would have reached the top corner if not for a good save.

Kingston’s best chance was when Calnan scored a goal that was disallowed, leading to premature celebrations and a Royal Holloway counterattack.

Calnan said: “I thought it was going to be disallowed but I thought they’d missed it so I was kind of half-heartedly celebrating and then they disallowed it; it didn’t really bother me, I just thought: Get back, do the job, keep defending, keep these boys out.”

Towards the end of the match, Royal Holloway had some key chances but Kingston’s keeper Elliot Bullman produced some crucial saves to hold onto the 1-0 lead.

He lept down to his right to save a shot from close range and, when a Royal Holloway striker was through on goal, Bullman rushed forward and dived down, blocking the shot.

Rodgers said: “Some of the saves from the keeper were just incredible, they kept us in the game when we did slip up.”

Rodgers and Spencer were part of the hockey side that two years ago got promoted into BUCS South Eastern 2A league, and after getting relegated last year, they have also part of the team getting promoted back into it.

Spencer said: “I’m ecstatic because two years I did it with the Uni and last year a lot of our third years left so we had a weaker team and a lot of our freshers that came in this year have been brilliant, put in 110 per cent and we’ve gone straight back up again. So I’m ecstatic, I’ve had two promotions in my three years at Uni.”

Calnan, who also plays for England Under 21s, previously spoke about how confident he was Kingston would win the league and was proved right and, despite playing in international games, was just as nervous in this fixture and very pleased winning the title.

He said: You probably think as an international, this isn’t as good a standard, I wouldn’t be nervous, but I was absolutely bricking it before the game. Very nervous because all these lads wanted to win. I said it before, I just wanted to get these guys having a good time so I was extremely nervous. It was a huge game”

It was a great send-off for two players graduating and leaving KU this year, Rodgers and Jaspreet Gill.

Rodgers said: “They’re a good set of lads so it’ll be a shame to leave. They’re trying to convince me to stay on and do a masters or something but if I can find a way of doing it, I’ll see what I can do and hang around with these guys a bit more, they’re a good bunch.” 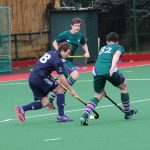 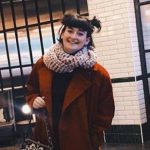