0
Kingston men’s hockey team got off to a brilliant start to the year by beating Roehampton 11-1 at Mini Varsity on October 4.

“I thought we did the basics well. First half was really good but I thought we slipped off in the second half. We need to just work on our fitness, do the basics right, then we will hopefully have a good season,” captain Tom Banner said.
Kingston’s Elliot Bullman scored the first goal of the season only three minutes into the game.
Three minutes later Kingston’s Ben Spencer scored the second goal after an excellent assist from Will Calnan who ran the ball from his own half to where Spencer was ready to receive.
Another three minutes later Spencer scored once again, dodging past several Roehampton players, giving the Cougars a 3-0 lead.
Kingston’s Karl Pereira was quick to react when a teammate missed a shot, intercepting the ball and scoring the fourth goal.
Kingston’s attack was strong and controlled the game most of the time with several dangerous opportunities and another goal from Spencer in the 21st minute.
Defence had a great game as well and did not let Roehampton have many shots at goal. The few shots they made were easily saved by goalie Georgi Todorow.
After a save from the Roehampton goalkeeper, Kingston’s Josh Wheddow got the ball, scoring yet another goal for the Cougars.
Only a few minutes before the first half was over, Spencer got the ball and was meters in front of the defence when he made it 7-0 by half time.
The second half was slower and Kingston seemed tired, not fighting as hard for the ball as before, running slower and being less precise when passing the ball.
However, Spencer still managed to score two goals within six minutes of the second half, making it 9-0.
Calnan was strong through the whole game, controlling the play and making sure Kingston still had possession of the ball most of the time through the second half.
Spencer showed that he could do more than just score when he dodged past several Roehampton players and easily passed to Bullman who was perfectly placed in front of the goal, scoring Kingston’s 10th goal.
By the end of the game a Roehampton player lost the ball right in front of the goal, making it easy for Pereira to score Kingston’s last goal of the match.
Only a few minutes before the whistle blew, Roehampton scored their only goal of the game and the Kingston Cougars could happily hit the showers after an 11-1 win. 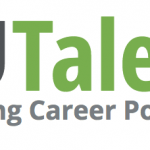 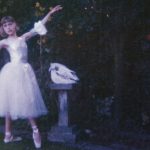