Albarran with her mother, cousin and father. Photo: Splash Albarran

I thought my family were dead in the Mexico City earthquake

A KU student has described how she feared her parents were dead after her hometown in Mexico City was hit by a devastating earthquake last month.

Splash Morales Albarran was in Kingston when she saw the news on September 19, exactly 32 years after town’s last big earthquake.

The 22-year-old, third year drama and film studies student, said: “I remember the moment when I asked my friend, ‘What if my parents died? What if my building’s down?’ No one was replying and I got really paranoid, I couldn’t even cry. It was all very surreal.” 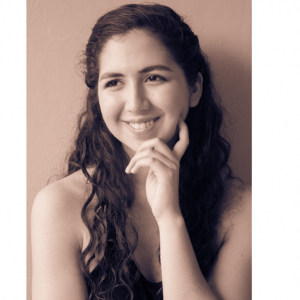 “I really panicked since I saw the videos and pictures of buildings collapsing.”

At the time Albarran was unable to contact her family due to the electricity being down across the city.

None of Albarran’s friends or family were badly affected and her home on the first floor of a six floor apartment block was unscathed.

But due to the damages caused by the earthquakes in Mexico, Albarran, who is the secretary of the Kingston University drama society, felt guilty for being away from home while she continued her studies.

She felt like she was unable to help instead of going home, Albarran plans to raise money from a ticketed variety show at Knights Park.

“I was desperate to do something and going home seemed like the most obvious idea.”

“But I wouldn’t make much difference and would be inconvenient for my family and friends who were already helping.”

Albarran went to to Trafalgar Square with other London-based Mexicans with banners and flags in order to raise awareness.

However, the group were not able to accept any donations due to the fact they were not a licensed charity, so decided to host a ticketed variety show instead.

Albarran who lives with her parents and two cousins, is looking for Kingston students to take part in the event and also help her on the front desk.

She will charge £3.00 on the door where all proceeds will go towards Un Techo, a charity which helps people in Latin America who are in a housing crisis.

Albarran, who has volunteered for the charity before, explained: “Un Techo usually builds houses for people who either don’t have a home, or the place where they live is not in a good condition.”