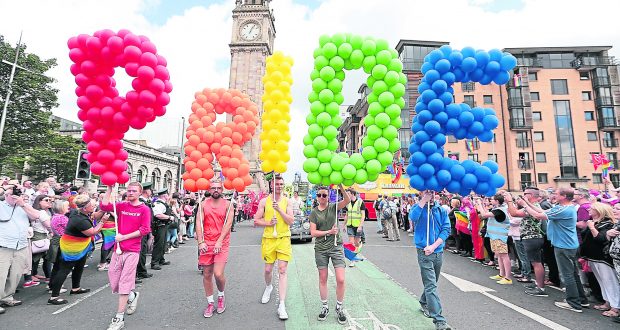 My life as a gay Muslim

Written by Synne Johnsson on November 1 2017

Many students see their time at university as the time to find themselves, but for Kingston student Akif Khan this is truer than for most.

Khan, 20, comes from a conservative Muslim family in greater London and grew up in a strict household: praying five times a day, no alcohol, no pork and halal meat only.

When he finally moved out of home and came to Kingston University he could be who he wanted to be: a gay English-Pakistani man who likes anime and video games.

“Now I can be who I want to be and express who I am,” Khan says. “I find people at university more accepting and everyone tolerates each other here. University is quite an amazing place.”

Even though Khan, which is not his real name, is openly gay to all his friends at Kingston, the road has not been easy. Growing up, there was a lot of emphasis on what a Muslim can and cannot do. He describes his family as a typical conservative Muslim family with a mother who cares a lot about what others think, which perhaps makes being in his position even more difficult.

In secondary school he started noticing that he was far more attracted to boys than to girls, but because he had learnt that these types of feelings were wrong, he suppressed them and tried to ignore the desires, hoping they eventually would go away.

“I was quite confused. I started googling stuff like ‘being a gay Muslim’ and all these articles came up that it was wrong and you couldn’t do it,” he says.

There were very limited options when it came to LGBTQ+ youth groups in the area he lived. He recalls there was only one, which was held on Thursdays. Khan describes his mum as a bit over protective and she usually did not let him go places without his siblings, which made it difficult to attend meetings.

“I went through a very deeply religious phase between school and A-levels, but when I reached 18 I realised it’s not really who I want to portray myself as,” Khan says.

He says he then realised that the feelings he had had not gone away which led him down a very difficult path. Without knowing anyone else who was gay and knowing that his culture did not accept homosexuality, he felt alone and developed serious depression. He started to withdraw from his friends and skipped many classes.

“At that point I was too afraid of opening up and talk about it so it got worse and worse for a couple of months. But then I realised it isn’t really helping myself not doing anything, staying in bed and not talking to anyone,” he says.

Khan eventually decided to go to his GP where he opened up about his sexuality for the first time. He started having weekly appointments, got medication and got referred to counselling, helping him to accept who he was.

“Then came my exams and they went really badly. I failed all of them except one, so when I got the results I didn’t really know what to do,” he says.

After getting his results he had many talks with this teachers, opening up about what was going on and together they worked hard on finding a way for him to go to university. Eventually they found Kingston where he could do a foundation year and the course he wanted to do.

“It was great to finally be able to be myself when I moved for university. It was an amazing feeling actually, opening up and telling people I’m gay, I date guys. Stuff like that wasn’t really possible before so yeah, it was amazing,” he says.

“I don’t really classify myself as a Muslim much anymore, mostly because of the fact that at the moment I can’t really fit all the pieces of the puzzle together in terms of who I want to be and my religion.”

After he moved out of home his relationship with his family has become better because he is now able to be himself most days. He says not seeing his family every day, being away from all the stress, is the best part of university. He still goes home and sees his family about once a month.

Even though his life is better than ever before, he thinks about the future quite a lot and says he would like to some day get married and have a family of his own.

“The ideal situation would be if they just accepted it, but knowing my family I foresee drama and difficulty along the way. Mostly because my family is very devout so these type of things bother them, it’s kind of shameful and embarrassing for them,” he says.

Khan is still nervous of his family finding out and says the worst part of being in conflict with his family would be not to be allowed to see his younger brother anymore.

“I love him so much, so not being able to see him would be the worst feeling,” he says.

The best tip he has had along the way is to wait to tell his family about his sexuality until he is financially independent and can afford to live by himself. Other than that his tip to other is clear: