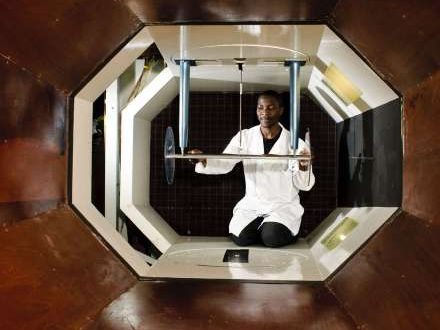 Engineering lecturers claimed that the University is more interested in doing a box ticking exercise rather than listening to their concerns, amid fears that Roehampton Vale is to close.

The University has informed lecturers that it is considering closing Roehampton Vale campus in the next few years and moving engineering courses to other campuses.

However, the long-term plan has not been developed further and there is a lot of uncertainty over where the courses will be moved and when the campus will close.

Dr Demetrios Venetsanos, mechanical engineering course director, said: “One major problem is that we may get a questionnaire or someone asking for feedback but I have the impression that it is just to tick the box and say ‘we have had the discussion, we had the period of consultation, we are good boys’. But the reality is that I don’t think that they would even hear what we have to say.”

The reasons behind the closure have not been confirmed by the University but many members of staff claim it is related to financial problems.

“There seems to be some vagueness and some uncertainty. I do not know the reasons, chances are it has to do with finance. However, I have not seen a report saying ‘these are the numbers which clearly show that we should close this campus’.”

“There is always this argument: ‘you are very expensive we have to cut down the expenses’, however, we have never been shown robust numbers. We are engineers and we can understand numbers but nothing has been shown to us,” Venetsanos added.

Lecturers are worried that the move will affect students’ satisfaction as they might not be able to run the same programmes and  provide the same services, such as the two wind-tunnels at Roehampton Vale.

Dr Konstantin Volkov, a mechanical and automotive engineering senior lecturer, said: “We have great facilities, it will be difficult to move all the facilities that we have here to another place.”

Venetsanos said: “I know that there are people trying very hard to support engineering so that we do not lose any equipment. I am not sure whether their voices will be heard.”

“I am definitely sure that our voice is not heard and under these mask of trying to refurbish the university and enhance everything I think that we are going to lose a very strong part of the university which is engineering.”

Dr Indika Wanninayake, senior lecturer in engineering, said: “One of the worries we have is not knowing what will happen. We are not aware of any firm plans but the idea is that it will happen in the future.”

Lecturers complained they had received very little information and that most of it was unclear and incomplete while students were not even aware of the plan being discussed.

Second-year automotive engineering student Nilujan Murugesu said: “I haven’t been informed about it and when I found out I was shocked.

“I think it is bad for students, I am sure that if we move to another campus we will have less facilities and less equipment.”

This is not the first time that a plan to close Roehampton Vale has been proposed. Several lecturers said that the difference this time is that they had been told it will happen in the next three to four years.

The University website states: “We also aim to relocate our teaching facility at Roehampton Vale from Wandsworth into the borough of Kingston.” But it does not include any further information on the logistics of the plan.

A Kingston University spokesperson said: “In the longer term, the University hopes to consolidate all its science, engineering and computing teaching on one campus. No decisions have been finalised at this point.

“We will ensure staff and students are kept fully informed of any planned changes.”

The University estate department told the River that nothing had been decided and they were looking into a variety of options which included closing the campus as part of a refurbishing plan to make the University environmentally sustainable.