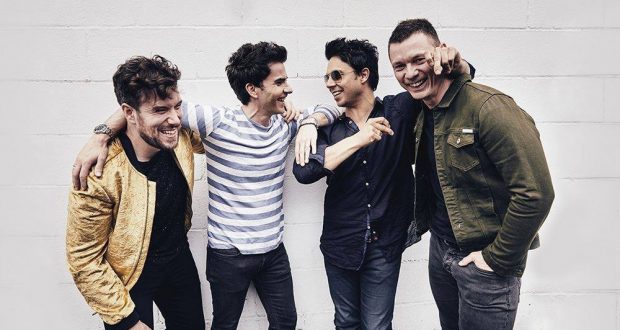 Stereophonics Scream Above Sounds is available to buy and stream now.

Stereophonics’ new album is nothing to scream about

Written by Alice Bradley on November 1 2017

With 25 years under their belt, Stereophonics have managed to maintain their signature sound. Despite staying true to their classic rock roots, Alice Bradley was left feeling a little indifferent to their new release, Scream Above Sounds.

Twenty-five years in the music business comes with its pros and cons. Despite Stereophonics‘ ability to carve out a signature sound, their new album brings nothing new to the table.

Very few artists have had the fortune and success quite like Stereophonics. Their unmatched magnitude and longevity has enabled the Welsh rock band to produce six number one albums.

However, one of the problems of being in the game for so long is the difficulty in producing a new and developed sound every time.

Although the majority of Scream Above Sounds is rather samey in its musical ability, it is an easy listen. It ticks all the boxes for the die-hard Stereophonics fans.

For those who aren’t loyal followers of the band, it’s a bit tedious at times. The recipe which goes into producing a traditional Stereophonics song is all there, from their iconic guitar riffs to frontman Kelly Jones’ rock vocals.

The album’s 11 tracks are initially very similar in tone, representing Stereophonics’ classic sound. But as the album is played more, its depth becomes increasingly recognisable.

Although many of the songs remain linear and simplistic in their production, the lyrics work hard to depict a vivid narrative.

The first single released by the quartet, All In One Night is most definitely the best song on the album. Its simplistic smooth rock bassline sits comfortably behind the narrative of a guy on a night out.

The story evolves, signposted by the lyrics ‘One o’clock in the morning’ showing the person progressing through the night.

The song becomes increasingly dramatic when he helps a lady give birth to her baby.

The lyrics then fast forward 22 months and it finishes with the couple getting married, where “she asks me to be the daddy”.

The mid-paced rhythm combined with the atmospheric echoing of the chorus makes this an evocative fortuitous track from the band.

The album features a few sombre tracks, What’s All The Fuss About, Before Anyone Knew Our Name and Boy On A Bike.

The reflective lyrics from Boy On A Bike, ‘What am I running from, I used to be so fearless’ sum up the message of this album entirely, by reminiscing on how things used to be.

Before Anyone Knew Your Name pays tribute to former drummer Stuart Cable, who tragically passed away, in 2010. Jones felt a responsibility to honour his memory in some way and does so by depicting the relationship he had with Cable since he was 12-years-old.

It is as though the band have reached a pinnacle point in their careers, where they are looking back at all the things they have gone through and achieved as musicians and in this album.

Their harmonising vocals and acoustic reverberations are a nostalgic ode to the band’s famous rock sound.

Elevators plays on those themes too and is more of an experimental country track and is reminiscent of a Fleetwood Mac’s songsoft vibe.

Hats off to the band for being able to work to produce another album with a message, but all in all it’s just another typical Stereophonics album.

You can see Stereophonics live at the London SSE Arena, Wembley on Friday 2 March and Saturday 3 March 2018. Scream Above Sounds is also available to buy on October 27.