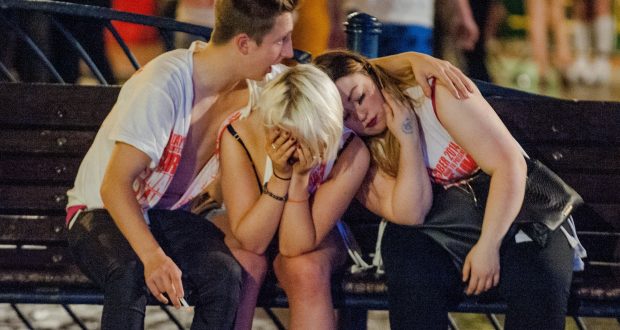 Mandatory Credit: Photo by REX/Shutterstock More students are choosing not to drink

Written by Carly Hacon on November 9 2017

There has been a rise in young people classing themselves as teetotal but Kingston University students remain divided about their attitudes towards drinking.

Office of National Statistics (ONS)  figures released earlier this year show that one-in-four 16-24 year-olds class themselves as entirely teetotal, up from one in five 10 years ago.

Third year adult nursing student Kathryn Hart, 22, said: “I have tried a few drinks in the past but not found any I like the taste of, so I’ve carried on not drinking because if I don’t like the flavour it’s not worth the money.

“To an extent it’s made uni easier because it is one less thing to be distracted by.”

Hart explains that her social life can be effected by not drinking: “It sometimes means other people become closer friends quicker, because I don’t have that tie with them.”

The ONS figures show over half of 16-24 year-olds are light drinkers, 54 per cent told researchers they had not consumed alcohol in the past seven days.

Mechanical engineering first year Matthew King, 21, said: “I was an ass to four people last time [I drank alcohol], so I don’t want to do that, I had way too much and said a lot of things I regret to a couple of friends.

“I couldn’t have got home without the help of someone I barely knew finding me and getting me in a taxi. It’s a state I don’t want to be in again and so I decided not to drink.”

However, a survey conducted in October by The River of 120 KU freshers shows that more students drink heavily than identify as teetotal.

65 per cent claimed to drink one OR two times a week, with 20 per cent saying they drink three or more nights a week.

10 per cent of students identified as teetotal.

Pharmacy student Jaymee Rode, 20, said: “I have had many nights out without drinking and I can still have fun. But I find it slightly awkward being surrounded by drunk people when I’m not.

“At the beginning of university drinking was a huge part of meeting people because it helps a lot to socialise. As someone who was particularly anxious about coming to uni, being drunk was one of the few ways I felt confident enough to put myself out there.”