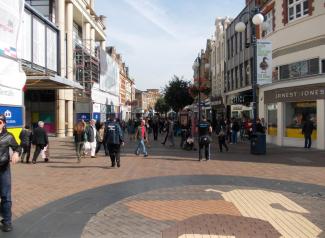 Students may have a reputation for drinking vast quantities of alcohol, sleeping late and watching daytime television, but they are in fact vital contributors to the UK economy.

A report published by the National Union of Students (NUS) in conjunction with New Economics Foundation consulting (NEF) shows that student spending amounts to about £80bn a year.

“Locally, regionally, or nationally, students are instrumental in creating a stronger economy and a fairer, more prosperous society. It’s time that the simple value of students living within a community is recognised,” said NUS President Toni Pearce.

Student spending is also responsible for creating around 840,000 jobs in the UK and is considered essential for some deprived areas.

If student figures should fall significantly then the report suggests that this could have a dramatic effect on some local economies.

“If student figures drop then it would have a drastic effect. It would affect my business 100 per cent because I get a lot of students in here,” said local newsagent, Mr Raju.

Whether Kingston students spend their money on day-to-day essentials or over the bar at a pub or club, they are nonetheless contributing to the economy.

“I do my shopping here, pay my bills, buy food, clothes, everything gets bought here. I go out at least once a week so I definitely end up spending a lot around Kingston,” said student Ben Denham.

A lot of shops on Kingston high street depend on student spending with many of them offering student discounts to attract them.

“Students account for around 60 per cent of our market in this store, which is obviously a massive amount, so our business is quite based around it,” said Topshop manager David Broome.

“Every pound spent by students on items such as food, clothing and books contributes to economic output and supports jobs, nationally and locally, as our report shows, the total impact is substantial,” said Miss Pearce.