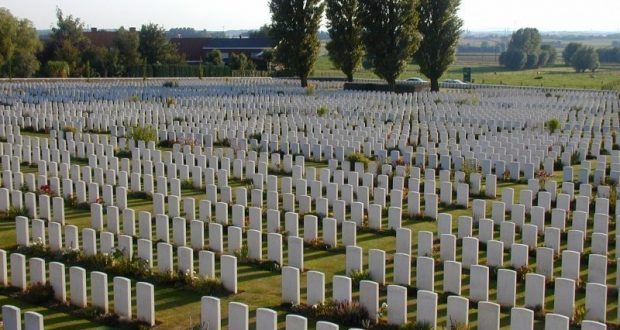 Your white poppy is a lie

Ninety-nine years ago, at the eleventh hour, the guns fell silent.

The war to end all wars was over and, as the world dragged itself from the ruins, people in Britain were already trying to find a way to remember the million British men slaughtered. They decided on the red poppies that grew between the trenches and immortalised John McCrae’s poem.

According to a Consumer Intelligence survey almost one-in-three under 25s refuse to wear poppies, many saying that they felt bullied into wearing them. Others said they disagreed with the poppies’ message and would wear a white poppy instead.

The white poppy isn’t a new phenomenon. It was first introduced in 1933 by pacifist groups as a way to honour all victims of war regardless of country and has grown in use since Iraq.

Everyone knows the deal with a red poppy. The money goes to The Legion and from there to members of the UK military, current and former, and their families. Do they know where it goes for a white one?

According to the Peace Pledge Union (PPU), the organisation that distributes them, anything above the cost of making the poppies goes “to fund our education work.” Namely that war, even one of national survival, can never be justified and should never be fought no matter what. Someone should have told the Nazis, that’d have sent them packing.

So where do the veterans fit in? Oh, they don’t? None of the money goes to actually supporting those victims of war they say they want to remember? Well, I suppose taking a stand against the insidious militarisation of British education is a much better cause than preventing former soldiers ending up homeless.

A common reason given to wear the white poppy is the notion that red ones somehow celebrate and romanticise war.

Anyone who has ever been to the Menin Gate, walked the beaches of Dunkirk or seen the rows of white crosses in Normandy know better. War is unavoidable, but it cannot ever be glorious. As the last survivor of World War One said: “War is organized murder, and nothing else.”

If you think that the colour of a paper flower you wear once a year takes a stand against “the glorification of war” by red poppies, that’s fine. If you think it represents a purely British view of war that excludes other cultures, even though the poppy is worn just about everywhere in the commonwealth to remember our own dead, that’s fine too. It is your right to wear and say whatever you want.

But don’t fool yourself into thinking you aren’t taking help away from a part of society that deserves it most.