Is it possible to match the thrilling heights of Insidious? We review director James Wan's sequel effort. 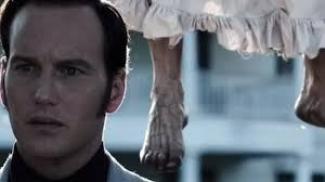 James Wan has had a busy year. Having only recently hit cinemas with the truly frightening The Conjuring – a successful and atmospheric horror that did well at the box-office – he’s now back with the sequel to his 2010 equally scary hit Insidious. Like many sequels it was not expected to live up to or indeed exceed its predecessor in terms of scares and shocks, but Wan does know how to create tension, and that unpleasant score at the beginning is enough to put anyone on edge.

The second instalment starts pretty much where the first one left off. The Lambert family finally think that the terrifying spirits which terrorised their house and took their son in the first film have disappeared for good at the cost of Elise’s (Lin Shaye) life. However, Renai (Rose Byrne) still believes something isn’t right and tries to find out if there is any evil left in her house or within her family. 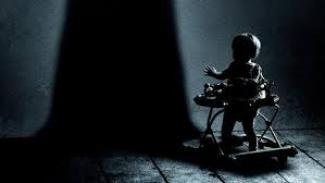 Things aren’t that simple though and Renai and her family soon realise that the evil spirits’ connection lies deeper than any of them expected. In the end Renai and her mother Lorraine (Barbara Hershey) get in contact with Elise’s right hand men Specks and Tucker to help discover the truth and how they can sever the spirits’ connection for good. These characters are comical, funny and provide much of the humour in the film.

Unfortunately Wan’s second outing is just a little too cringeworthy and even cheesy at times. It doesn’t take itself dead seriously, but then why should it? It goes together almost too well, to the point that you may feel it has been too rushed and indeed feels like this cannot be the end, surely? It’s a shame because Wan has proven his talents in the original Insidious film as well as The Conjuring, and while his ability to create a truly supernatural atmosphere with eerie music is still evident here, it just isn’t as successful. 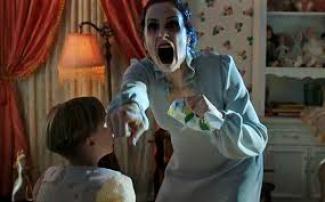 The acting is well rounded: Wilson and Byrne both give compelling performances as in the first film but they don’t have anything new to work with, a problem that is in no fault their own. The child actors, Ty Simpkins and Andrew Astor, are impressive in their roles and Leigh Whannell and Angus Sampson provide the light humour and comical gimmicks as the two supernatural investigators.

Overall Insidious: Chapter 2 is entertaining in parts and it does build a frightening ambiance if nothing else. It just happens to fall way behind its predecessor – as so many sequels do – and it had a lot to follow with The Conjuring. James Wan is one of the most talented and busiest directors working today and with the new Fast and Furious film ahead of him, he still has more tricks to show.