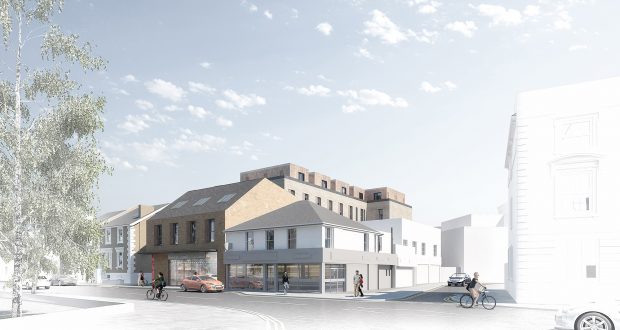 KU students have been left frustrated after a new University hall of residence at Penrhyn Road was delayed.

Students complained after the move-in deadline for the housing at 73-77 Penrhyn Road was delayed for a second time.

It was initially meant to be ready for occupation from September 2017, according to the accommodation website but a second deadline that was set for the middle of October was also missed.

Ronan Flanagan, a first-year fashion design student who is set to move into the new accommodation, said: “A few weeks is one thing but two months is quite a delay.”

Flanagan, who now lives at Clayhill, added that residents were left in the dark when it came to causes for the hold up.

Residents were notified of the delay in an email just two weeks prior to moving in which detailed temporary accommodation at other KU halls assigned to them whilst the building was being completed.

All students were provided with new accommodation at Clayhll however, since then, some have moved to Seething Wells or Middle Mill as they were dissatisfied with the standard there.

Eva Napier a first-year fashion student said: “I’m settled now, I know the people that I live with and I just can’t be asked to move for a third time.”

According to the students, a big kitchen, modern furniture and close proximity to Knights Park and Penrhyn Road were among the benefits for choosing the accommodation.

The students kept paying rent, ranging from £180 to £320 a week, to the new accommodation which then sorted out payments to Clayhill.

Students felt that a better effort could have been made by the accommodation managers to update residents on building developments as they have not heard anything since the start of September.

Residents felt that emailing the accommodation team would not resolve the issue or help speed up the progress of the building.

A spokesperson for the University said: “The delay is beyond the University’s control but it is in regular contact with the developer and has negotiated with them to ensure that students’ accommodation costs for this period are reduced.

“Full assistance will be provided to students to move into their accommodation at Penrhyn Road as soon as it is ready and students will only be billed for the full amount from the move in date.”