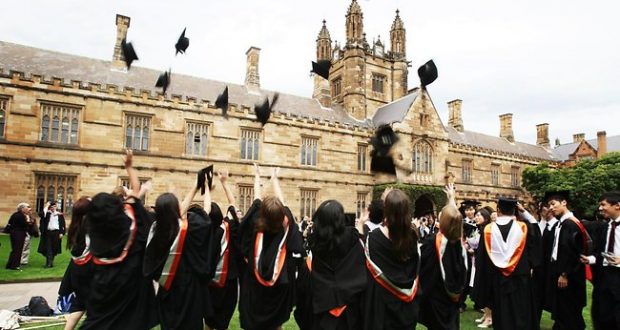 Let’s be real: Going to uni is not a right, it is our privilege

Written by Sophie McConnell on November 27 2017

I may not be an overly keen and outspoken student who takes to the streets in protest, but I do believe that everyone has a right to an education.

However, we chose to go to university and therefore cannot class that as part of our right to an education.

Therefore going to university is a privilege.

We are fortunate enough to live in a society where primary and secondary education is compulsory, but as a country we are struggling to finically support it.

Already, £2.3 billion has been cut from schools’ budgets since 2015, so why should we expect the right to a free higher education?

Since 2013, education is compulsory until the age 18, making the transition from education to the work place smoother for many with more options available such as apprenticeships.

This supports the fact that university isn’t, and shouldn’t be, for everyone.

Universities are a place for academic learning, reading and researching with high levels of stress. This environment just isn’t suitable for everyone and there is nothing wrong with that.

In 2002, Blair promised to get 50 per cent of 18-year-olds into universities across the country, a figure that still seems totally unattainable to this day.

Only 31 per cent of 18-year-olds from England attended university in 2015, proving that young people simply aren’t choosing higher education as their path.

Students may be put off by the amount of debt they will leave with or just merely don’t feel like a university education is for them.

Although people argue that charging for a university education creates a selective process, universities are already selective institutions.

They choose some applicants over others purely down to your academic ability and if you’ve reached the entry requirements.

No one has the right to a university education. It’s something you have to earn through hard work and sheer determination.

This includes financially supporting yourself. It is expensive and very few of us can pay our fees upfront, but a fairly good system is in place to support students.

Although the government is at fault with many things going wrong in this country, they do actually dish out a lot of student financial aid.

Students who are lucky enough to gain a place at university are often guilty of not even applying for the range of grants, scholarships, bursaries and loans that are available.

Yes, we will graduate will debt, but we were aware of this when we applied.

We chose to attend university, in an attempt to better our job options, opportunities and broaden our horizons for when we leave.

How can we argue that university is a right when we chose to take that path?

So when people take to the streets shouting: “No ifs, no buts, no education cuts,” they’re just fooling themselves, they’re not out to make a better society, they’re just egoists trying to make a life easier for themselves rather than deal with the real issues.