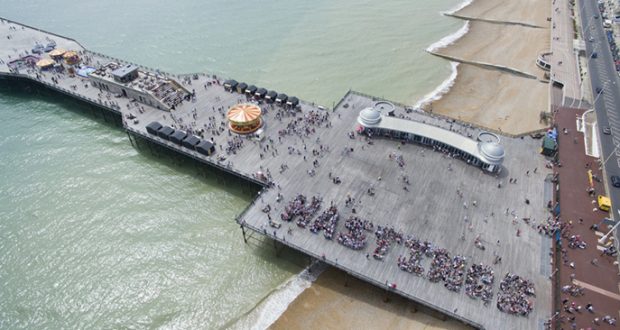 The result of the Hastings Pier renovations after the fire in 2010 PHOTO: Alex de Rijke

Written by Yasemin Kose on December 1 2017

An architecture firm part-founded by Kingston University alumni was awarded the Royal Institute of British Architects’ (RIBA) Stirling Prize for the renovation of Hastings Pier.

Sadie Morgan and Philip Marsh are directors of the leading studio dRMM who were awarded the prize for their project to redefine the role of the seaside pier after itwas destroyed by fire in 2010. 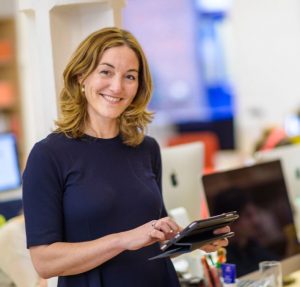 Morgan is grateful for the Stirling Prize    PHOTO: UK Construction

Morgan said: “It’s been a privilege for us to be a part of this extraordinary journey. Hastings deserves its Stirling Prize, the pier is an inspiring community achievement.” 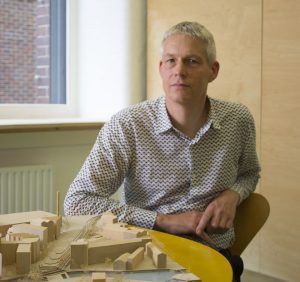 Marsh is proud of the firms restructure of Hastings pier PHOTO: Vivienne Long

Morgan and Marsh formed their architecture firm dRMM alongside fellow founding director Alex de Rijke in 1995 and since then the firm has been nominated for the Stirling Prize in 2010 and 2016.

The pair studied at what was then known as Kingston Polytechnic, Marsh completed his degree in interior design and later completed a postgraduate architecture qualification. Morgan studied interior architecture.

Morgan said: “We were inspired by our tutors who were all practising designers. We were able to make direct connections between discussions with them in the studio and the projects they were building.”

DRMM placed the local community at the heart of the renovation, which was essential for the success of the £15 million project that is expected to contribute £1.2 million into the local economy of Hastings.

After the fire destroyed the pier in 2010 the prospect of full demolition was a possibility, but following a compulsory purchase and funding from the Heritage Lottery fund and the local community, restoration of the structure was backed by the RIBA to find a design team.

Marsh said: “Hastings Pier is unusual in terms of its organisation, funding and construction but, as with all our projects, constraints represent opportunities to achieve something extraordinary.”

The Stirling Prize winners offered some advice for Kingston School of Art’s students stating that self-belief, hard work and the pursuit of a dream are important in order to succeed.

Marsh said: “London is on your door step and is a fabulous playground for architecture and design.

“There are so many opportunities in a city that is always in a state of flux, rebuilding and reinventing itself. UK trained designers and architects are highly valued around the world so there is a myriad of opportunities to take you to any destination you can imagine.”