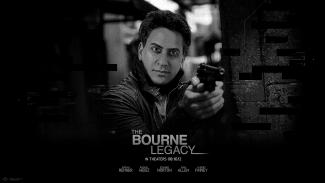 Labour leader Ed Miliband is looking to be the next Jason Bourne – after seeking help from blockbuster movie director Paul Greengrass to boost his public performances.

Miliband has lessons with the Kingston honorary doctorate on how to act in front of the camera for the Labour Party conference in Brighton last month.

The pair have known each other since the 1990s, and Greengrass renowned for the spy thrillers, has coached him before.

Bourne Supermacy director Paul Greengrass, 58, received an honorary degree from Kingston for his outstanding contribution to television and cinema in October 2012.

School of performance and screen studies professor Will Brooker, who helped arrange the event where Paul Greengrass received his degree, said: "Miliband's body language is far more controlled and contained now. He is smoother and more suave.

"He is aware of wher his hands are, gesticulating less, and controls the tone of his voice more.

"But the way Miliband comes across at the 2013 conference as slick, corny and too polished does not seem in keeping with the impression Greengrass gave as a person, or of the impression his films give as they're aesthetically rough and hand-held, the opposite of polished and smooth."

Ed Miliband's improved confidence was noticed by the commentators.

James Kirkup reported for The Telegraph that the speech was "much more relaxed and confident than we often see in those weird, jerky TV interviews. The self-deprecation was good, and felt genuine and warm."

This is not the first time the pair have met for coaching. They also had meetings discussing tactics on how he could achieve political supremacy.