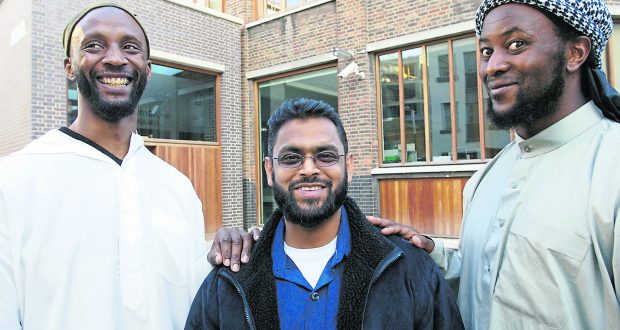 Begging for attention: Why we should not give a platform to extremists

Written by Aleesha Choda on November 30 2017

Having outside speakers enter a university to speak about a specialist subject is a great thing, especially when they are standing up for what they believe in.

However has the line ever been crossed when our university invites guest speakers when perhaps they shouldn’t be allowed to speak?

Should Kingston University allow guest speakers with extremist views in to speak without being challenged?

Moazzam Begg returned to our university, for the third time last week, so he could talk to students about the war on terror, radicalisation, islamophobia and his hatred for Prevent.

In 2017, Begg had been named as one of the 500 most influential Muslims in the world.

This is a strange choice considering he sent money to and spent time in Chechnya and Bosnia, both hotspots for Jihadi fighters, and visited Mujahedeen training camps in the early 90’s. While in an American base in Afghanistan he signed a confession to the FBI stating he was a member of the Al-Qaeda and also spent almost two years in detention in Guantanamo Bay as a result.

Begg was arrested in Pakistan in 2002, where he and his family had fled after the fall of the Taliban.

Many students have a false understanding on who Moazzam Begg really is. Many students believe Moazzam Begg coming to our university is a good thing as he is addressing Islamophobia in the West and what he regards as civil rights is being restricted to Muslims.

I strongly disagree with any of our students giving Moazzam Begg any attention as stated above he has been involved and has connections with extremists who have been threats to countries across the world.

The fact that our university allows Begg to have a platform to talk, legitimises him and his views. This makes me feel outrages, who in their right mind would look at this man’s history and the company he has kept and think to themselves ‘yeah… I reckon we should invite him over?’

If someone has connections with extremists such as Anwar Al Awlaki, the radical Yemeni cleric tied to 9/11 and the 2009 Fort Hood shooting then why should they be allowed to speak in a university to educate students?

Surely it is morally wrong and baffling that a place dedicated to our higher education and diversity thinks it’s appropriate for a man who once described British executioner Jihadi John as a “beautiful young man” to be able to speak unchallenged?

How many guest speakers do you know who have been released from being detained in Guantanamo Bay and have been classed as a ‘terrorist’ and confessed to the FBI that he learnt how to make bombs?

How many do you know how have encouraged young Muslim’s to travel to Syria to “defend the revolution” and were photographed with suicide bomber Jamal Udeen al-Harith and who received a £1 million pay out before ending himself in a car bomb in Mosul?

Despite Moazzam Begg coming to Kingston to talk about ongoing issues within the Islamic community.  Personally feel it’s inappropriate to allow a heist speaker to talk to students when they have admitted and been involved in the above. What gives him the right to come and talk to us? Why should we give this man any form of our respect and attention?

A university is a place of education where students come to learn about themselves and the world. The idea of our university allowing ‘an extremist’ to speak to impressionable students about Islamophobia I feel is unacceptable and atrocious.

As a woman, I feel Begg holds a view that would leave me feeling nothing but an object stripped of all rights.