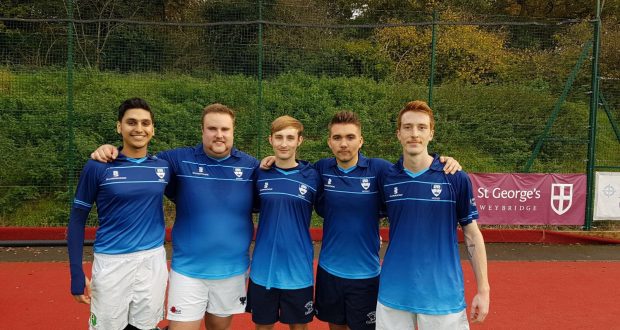 The team showing off their moustaches. Photo: KU Hockey

Written by Synne Johnsson on November 30 2017

Kingston men’s hockey is taking a stand against prostate cancer and for men’s well-being at this year’s Movember and are raising money through social media and a charity event.

The team has raised nearly £600 pounds and is raising awareness on social media by posting videos and photos of the team’s various moustaches, encouraging people to donate money for the cause.

Men’s hockey captain Tom Banner said: “As captain I’m proud of the boys for making such a big effort to raise money and more importantly raise awareness about real issues like cancer and divide rates in men.”

The team’s goal is to raise £1000 pounds and they are also holding a Spoken Word event on November 30 where the entry money will go towards their fundraising efforts.

The man behind the idea, Cameron Main, said: “I thought it would be fun to get my team involved to help promote the issue of men’s health to a wider audience seeing as our age group is the most at risk.”

“Everyone thinks it’s a great idea even if we look a bit weird for a month. It’s good fun,” he said.

“I am looking forward to growing my beard after November because me face is freezing without one.”