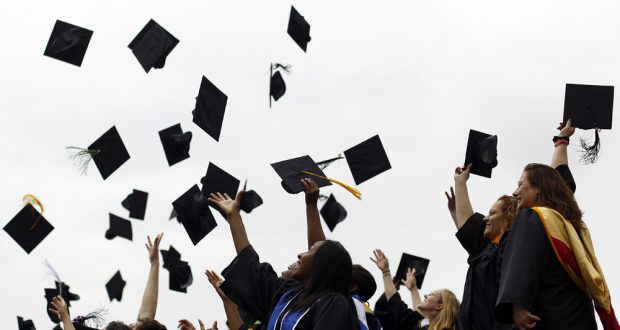 Graduates are doomed by employers

Written by Chanel Buituron on November 30 2017

Graduates are increasingly leaving their jobs within the first 12 months of work after leaving university, according to new research.

A third of 2016 graduates left their first job after university with the majority claiming that their roles did not match or what they were expecting when they applied.

Figures from Magnet.me also showed that young people are falling into the trap of ‘copying and pasting’ application answers and making universal applications. Four out of five graduates admitted to doing so.

Ex KU student, Anne Doyle, who graduated in in 2011, said: “The week after I graduated I went online and got a job at Harrods. I worked on the cheese counter, you had to get to work an hour before your shift started to pass through an underground tunnel to on the shop floor and leave all your belongings in a locker miles away. You had to go through airport-style security to and it was company policy to wear high heels.

Employers reported rejecting three-quarters of applications at the first hurdle as they failed to address the primary requirements of their job role.

Recruiters are not being able to spend the time to assess individual applications thoroughly.

Doyle added: “I walked out on day three after a Russian princess clicked her fingers at me. I wasn’t aware of the requirements of the job role all I got was a uniform checklist the day before I started working there.”

Ex KU drama student, Toh Everett, said: “I was an estate agent for a month then I quit. It was completely soul destroying and not creative enough. I decided I wanted to do something drama related so I started up my own comedy events company.”

Vincent Karremans, the founder of Magnet.com, a platform for students and graduates to connect with employers, said: “The recruitment market for young people is in a worse place than a year ago.

“More needs to be done by employers to remedy this problem. Young people want to be communicated to in real words and not management-speak, employers should spell out what they are looking for in their job descriptions.”

Career fairs are widely considered the first interaction students have with potential employers but numbers of students attending these meet-ups are falling. Starting from 12.8 percent in 2015 to 10.1 percent in 2016 and now just 8.4 percent in 2017.

There are higher costs for recruiters as a result of spending more time on processing applications and blurred decision making in processing and hiring the right candidates. There has been a negative impact on the employer brand as recruiters have to reject high numbers of applicants.

Karremans added: “Career fairs were once a place where students could meet potential employees but they’re increasing to be unpopular amongst students. Moreover, only a handful of companies exhibit there now, and it’s become a vanity exercise for big business.”